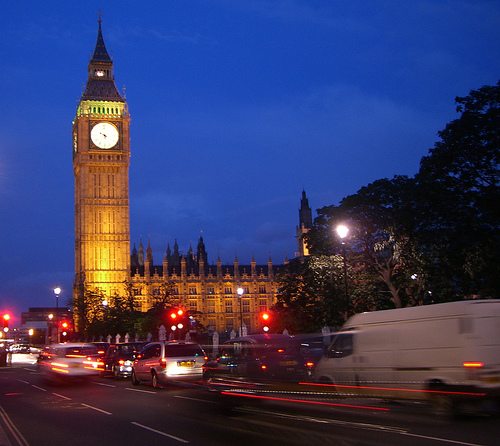 Despite rising pollution levels, London will not restrict cars in a bid to tackle emissions, an adviser to the mayor has said. This follows the introduction of a similar system in Paris to cut the number of vehicles on the road, restricting cars on alternate days based on registration plates.

Ministers in France halted the scheme after just 24 hours, deeming it a success in bringing pollution levels back to acceptable levels. But according to the Guardian, London will not be following suit anytime soon.

An adviser to London mayor Boris Johnson reportedly said, “We looked into similar schemes and we found these measures don’t work in the long-term and can have unintended consequences of moving the problem pollution from one area to another.”

He added that the mayor continues to look at new ways to boost air quality and create a cleaner, greener environment.

The UK was criticised earlier this year after the European commission launched legal proceedings after it failed to cut pollution, which exceeds legal limits in 16 zones across the country. The UK unsuccessfully attempted to reduce the amount of nitrogen dioxide in its cities by 2010, while London has admitted it will not be able to improve air quality until 2025.

Commenting on the restrictions in Paris, Jenny Bates, campaigner at Friends of the Earth London, said, “The French are right to get tough on air pollution – it’s time we did the same in this country, too.

“Tens of thousands of people die prematurely in Britain every year because of poor air quality, and the EU has now launched legal proceeding over our failure to tackle it.”

The campaign group said the situation was particularly bad in London and added that the government had “done far too little” to solve the issue. Friends of the Earth urged “strong and urgent measures”, including making provisions for more affordable public transport, making it safer for people to cycle in the capital and providing better public information on poor air quality, to end the “national scandal”.

Research has previously suggested that exposure to particulate matter below the current limits lead to higher risk of heart attacks and other coronary events. According to the European Environment Agency, as many as nine out of 10 people living in European cities are breathing air that is so polluted that it could shorten their life expectancy.

The findings have led to calls for governments to take action and ensure they meet both emission reduction and air quality targets.