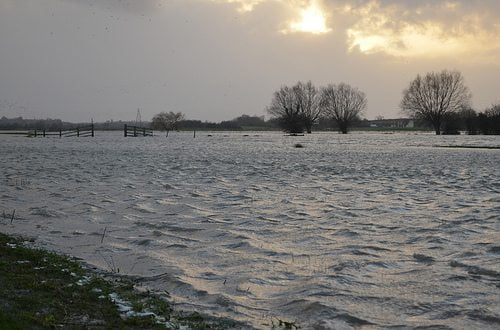 Countries seem to have started taking climate change seriously in the light of extreme weather events, a former Tory environment secretary has said.

Lord Deben, chairman of the government’s climate advisers, the Committee on Climate Change, and honorary president of Global Legislators Organisation (Globe), said the more that people see the effects of climate change, such as floods and droughts, the more they will be likely to call for climate action.

“It’s more and more clear to people that the weather patterns which we were warned about turn out to be happening”, he said, ahead of the World Summit of Legislators in Mexico on Friday.

“I think in this country the floods had a real effect, and there will be other things.”

He added in an interview that the event, which brings together lawmakers from over 100 countries, represents an occasion for lawmakers to discuss climate legislation at an international level and compare measures taken by different countries.

“It’s to ensure that we get a timetable. We’re really pressing this ahead so that by the time we get to Paris, the governments will know that they, in their own countries, have already signed up to legislation which makes it possible for them to agree to the wider targets”, Deben, who was known as John Gummer before becoming a peer, said.

Commenting on the World Summit of Legislators, starting tomorrow in Mexico, UN climate chief Christiana Figueres said, “It is no exaggeration to say that the clean revolution we need is being carried forward by legislation”, referring to recent news that the US was planning to cut carbon pollution by 30% by 2030 and that China has set an emissions cap for the first time.