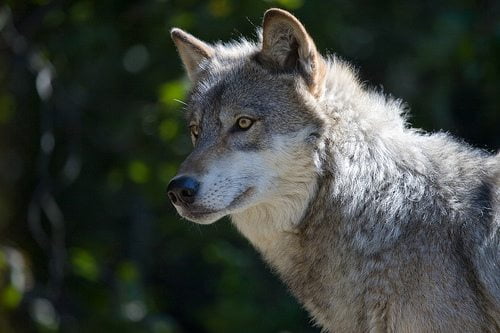 As three-quarters of the world’s largest carnivores are declining because of habitat loss and human intolerance, scientists warn that they play a crucial ecological role.

A new study on the world’s largest terrestrial predators has revealed that the majority of them are endangered and some even face extinction.

Large carnivore mammals such as lions, bears, wolves, dingoes, sea otters and lynx require large preys and habitats, which are less and less available in the developed world. They compete with humans for space and food – as they often turn to livestock in scarce time.

“Many of them are endangered. Their ranges are collapsing. Many of these animals are at risk of extinction, either locally or globally. And, ironically, they are vanishing just as we are learning about their important ecological effects.”

Large predators have long been hunted and often brought on the brink of extinction, but they are “necessary for the maintenance of biodiversity and ecosystem function”, the study says.

According to the team of researchers, where large carnivores have declined, the ecosystem showed negative effects. Fewer sea otters in Alaska caused an increase in sea urchins and a loss of kelp beds. In Yellowstone National Park, the absence of wolves meant a greater number of browsing that disrupted vegetation, while in Africa, loss of lions led to a larger number of olive baboons, which damaged crops.

They also provide services such as carbon sequestration, biodiversity and disease control.

“Human tolerance of these species is a major issue for conservation,” Ripple said.

“We say these animals have an intrinsic right to exist, but they are also providing economic and ecological services that people value.”