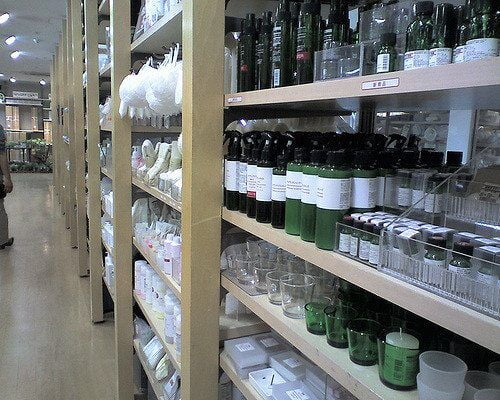 Even small concentrations of plastic, such as microbeads found in toothpaste, cosmetics and household cleaning products, can have a serious impact on entire marine habitats, according to new research.

The study, led by Dr Dannielle Green of Anglia Ruskin University and carried out at a special outdoor laboratory facility at Strangford Lough in Northern Ireland, is published in the journal Environmental Science and Technology.

Rather than focusing on an individual species, like most studies to date, this study examines the impact on a wider coastal habitat, looking at ecosystem functioning and biodiversity (the abundance and type of animals) following exposure to tiny particles of plastic, which commonly enter the water through litter or, in the case of microbeads, through drainage systems.

The research took sections of muddy seabed containing European flat oysters (Ostrea edulis) and monitored the effects of small quantities of microplastics – particles of polylactic acid (PLA) and high-density polyethylene (HDPE) – on the bivalves and the wider marine habitat over a period of 50 days.

The study found that microplastics increased the filtration rate of oysters by 7.5 times. The oyster habitats saw a reduction in the amount of microalgae – an important food source for other animals – and a reduction in nutrients in the sediment, while the types of animals living in the mud exposed to microplastics changed.

Specifically, mud with microplastics became dominated by oligochaetes and bootlace worms. These are often used as an “indicator species” for pollution as they prosper where other, more sensitive, organisms die.

And the PLA microplastics, which are supposed to be biodegradable, did not rapidly decompose and caused many of the same effects as HDPE.

Dr Green, Lecturer in Life Sciences at Anglia Ruskin University, said: “Mud is a bit like a battery, in that organic material is stored and then recycled and released as nutrients. This fuels algae and therefore supports the food web in marine systems.

“Our study demonstrates the potential of microplastics to impact the functioning and structure of some marine habitats by reducing nutrients in the water and changing the types of animals that live there.

“Some heavily contaminated coastlines, such as around parts of South Korea, record far higher concentrations of microplastics than those used in this experiment, so our results are both realistic and significant. It is reasonable to predict that wider cascading effects on ecosystems could be possible in the not too distant future.

“The recently-proposed ban on microbeads in cosmetics is a great start, but microplastics in the form of fibres from synthetic clothing and particles broken down from larger litter are still accumulating in the environment and require more research and action to stem the flow into marine habitats.”