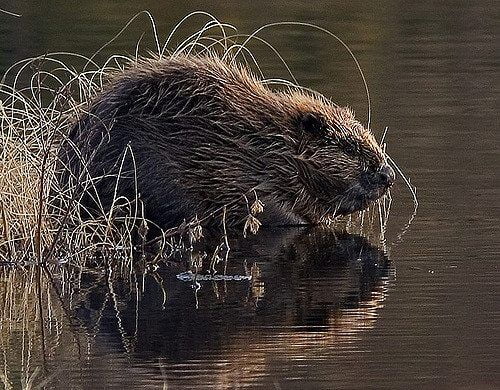 People urged To Vote For The Beavers Of Scotland

Members of the public are being asked to give their backing to beavers in the BBC Countryfile Magazine Awards.

The Eurasian beaver is one of four species shortlisted in the ‘Wildlife Success Story’ category following its successful reintroduction to Scotland. The winner will be decided by a public vote.

The Scottish Wildlife Trust and Royal Zoological Society of Scotland, the two lead partners in the Scottish Beaver Trial, are urging the public to vote online at www.countryfile.com/awards by Tuesday 28 February.

Scottish Government announced in November that the species would be formally recognised as a native species, 400 years after being hunted to extinction in the UK. This makes it the first formal mammal reintroduction in UK history and a real success story for Scottish conservation.

Susan Davies, Director of Conservation at the Scottish Wildlife Trust, said: “The reintroduction of beavers to our lochs and rivers is a big opportunity for both the environment and wildlife tourism.

“They are unique ecosystem engineers that have the potential to naturally manage woodland and create new wetland habitats, benefiting a wide range of species such as otters, water voles and dragonflies.

“We’re thrilled that their return to Scotland has been recognised in this year’s Countryfile Magazine Awards and hope that people will vote for them to win the award.”

Barbara Smith, Chief Executive of the Royal Zoological Society of Scotland, said: “To see a keystone species like the beaver returned to the wild for the first time in 400 years is a tremendous achievement and one which we are delighted to see recognised by BBC Countryfile Magazine.

“Since the start of the Scottish Beaver Trial in 2009, we have been struck by the huge public support for the species both in Knapdale and across the country, something which will be vital if the species is to re-establish itself across much of its former range in Scotland and further afield.

“We would urge everyone to back the beaver and vote by 28 February.”

Beavers were hunted to extinction in Scotland over 400 years ago. Their successful reintroduction follows decades of work, in particular the Scottish Beaver Trial, a five-year partnership project between the Royal Zoological Society of Scotland, the Scottish Wildlife Trust and host Forestry Commission Scotland to undertake a time-limited, five-year trial reintroduction of Eurasian beavers to Knapdale, Mid-Argyll.

In November 2016 Roseanna Cunningham, Cabinet Secretary for Environment, Climate Change and Land Reform, announced that beavers would be given protected status and allowed to stay in Scotland. The Scottish Wildlife Trust and the Royal Zoological Society of Scotland are currently working up proposals to boost the beaver population in Knapdale to secure its long-term viability.