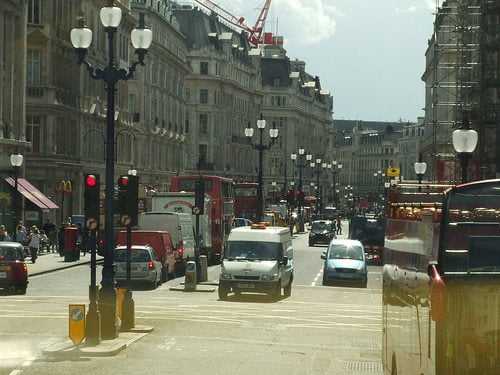 As many as 9 out of 10 of people living in European cities are breathing air that is so polluted that it can shorten their life expectancy, according to a new study by the European Environment Agency (EEA).

The report, published on Tuesday, found that between 85-96% of European city dwellers are exposed to unsafe levels of fine particulate matter (PM). Such pollution can cause cardiovascular and lung diseases, heart attacks and cancer, as well as affecting the nervous and reproductive systems.

In western, central and eastern Europe, the EEA say that PM pollution has been linked to as many as 430,000 premature deaths.

The study also found that as much as 98% of the EU’s urban population is exposed to ground-level ozone concentrations that are above UN World Health Organisation (WHO) recommended levels.

Although ozone is essential in the upper levels of Earth’s atmosphere, at ground level it can be harmful. Ground level ozone is not emitted directly into the air but is created by chemical reactions, often reaching hazardous levels on sunny days in urban environments. In such quantities, ozone can cause lung diseases and aggravate asthma.

The EEA observe that emissions of most air pollutants has decreased over the last decade, but warns that they are still so significant they can affect the climate and cause acid rain, loss of biodiversity in the natural environment and damage to buildings.

“Large parts of the population do not live in a healthy environment,” warned EEA executive director Hans Bruyninckx

Janez Potočnik, European commissioner for the environment, warned that the EU is still far from its air quality targets and warned that immediate action is required. “Air quality is a central concern for many people,” he said.

“Surveys show that a large majority of citizens understand well the impact of air quality on health and are asking public authorities to take action at EU, national and local levels, even in times of austerity and hardship.”

Potočnik suggested that he might take action to ensure countries meet emission reduction targets, including taking governments to the European courts.

The report also highlights the disparities between EU targets and WHO recommendations. Whereas the WHO suggests 85-98% of Europe’s urban population is exposed to dangerous levels of PM and Ozone, the EU’s less stringent guidelines say that between 14-31% are at risk.

“To get on to a sustainable path, Europe will have to be ambitious and go beyond current legislation,” Bruyninckx added.

The EEA’s report coincides with a separate study, which found that pregnant mothers exposed to air pollutants are more likely to have underweight babies.

The study found that for every increase of 5 micrograms per cubic metre in exposure to PM, the risk of low birth weight increases by 18%. It was also observed that the risk exists even in those areas where pollution levels are below the limits considered acceptable by the EU.