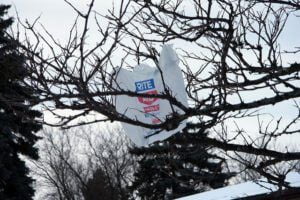 A new analysis conducted by the Charities Aid Foundation (CAF) shows a “huge positive impact” on a diverse range of national and local charities as a result of the plastic bag levy.

Nearly £10 million has been distributed via CAF to charities by retailers including Aldi, Marks & Spencer and Sainsbury’s since the levy was introduced in October 2015.

CAF helps people and businesses give to good causes and has been working with several retailers to support them in donating the proceeds of the levy as well as providing advice and setting up grant programmes.

Official figures released recently revealed the levy had raised at least £29 million in total for good causes in its first six months.

Klara Kozlov, Head of CAF’s Corporate Clients team, which works with 3,000 companies across the UK said:

“Not only has the introduction of the plastic bag levy benefitted the environment, but it has had a huge positive impact for charities.

Millions of pounds has been raised for good causes which has helped to fund vital work which otherwise may not have been possible.

“By working with CAF, using CAF company account charitable accounts and creating new strategic partnerships, retailers have maximised the opportunity to support national as well as local organisations. We hope they will continue to work together to develop these worthwhile relationships which benefit so many good causes”.

Aldi reports that in total approximately £1.1m has been raised by the sale of carrier bags in their stores. They have donated £580,000 to the RSPB, the country’s largest nature conservation charity, as part of a three year partnership. The partnership has enabled the implementation of a UK-wide education programme with the aim of re-engaging children with nature. The remainder of the money has been placed into Aldi’s CAF Company Account for distribution to other good causes.

Martyn Foster, Head of Education, Families and Youth at the RSPB, said:

“Thanks to our partnership with Aldi we’re able to encourage young people to get out into nature in their school grounds and local green spaces to build their understanding and love of wildlife. It’s crucial we provide the next generation with as many opportunities as possible to experience and enjoy the natural world.”

Between October 2015 and April 2016 Marks & Spencer used 45.7 million single use carrier bags in their UK stores. The net proceeds were £1.9m with the money raised going to a number of charities via CAF with whom the retailer has worked for many years including Breast Cancer Now, UNICEF and WWF.

Sainsbury’s took a different approach from other retailers by removing all single use carrier bags from their stores in England, Scotland and Wales. They now charge 5p for stronger, re-useable bags which are made from 100% recyclable material. If they wear out the retailer replaces them free of charge. Despite not being subject to the levy, profit from sale of the bags is donated by individual stores to local charities via CAF with well over a thousand good causes being supported overall.