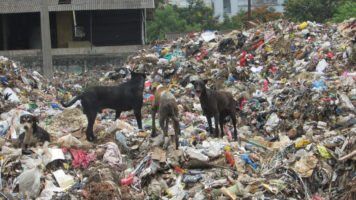 A Social enterprise that published a children’s booked to inspire a kinder world  is launching a crowd-funding campaign on the 13th July. Generation 50 aims to raise £1000 to send 1000 copies of their new children’s book ‘Rafi’s Indian Dream’ to four charities in India who run humane education programs.

The idea for this book began in December 2015 when Indian Animal Charity, Tree of Life for Animals, approached Generation 2050 to create a story that could help them deliver their humane education program and create and sense of empathy and understanding for street dogs in Indian children. India has more than 30 million street dogs and there is a vicious cycle that begins with fear of dogs biting, which leads to cruelty and aggression towards them, which then causes dogs to fear people and react defensively. Clara Nowak from Tree of Life for Animals says, ‘Teaching children begins the process of changing the generational fear-cruelty cycle’.

Rafi’s Indian Dream, is a heart-warming tale of friendship and compassion between a street dog and a homeless girl in India. Not only will the reader enjoy exploring the sites of India with the characters but, they will also learn about the lives of children and dogs in another part of the world and develop an understanding and empathy with situations, people and animals outside of their direct personal experience.

Nicola Gothard created Generation 2050 after teaching in South Korea, where she became convinced of the value of education for positive change. She decided to go it alone and start her own business publishing books and learning resources about animal welfare and the environment for children. She believes passionately in the power of story-telling to change the world for the better. ‘Stories bring ideas to life by allowing the readers to step inside the lives of people and animals other than themselves which develops their capacity for empathy and understanding,’ says Nicola Gothard, Founder of Generation 2050.

Generation 2050 decided they would like other animal welfare groups to benefit from the book and the idea for the crowd-funder to raise enough funds to distribute 1000 books was born. The welfare groups benefiting from the campaign include, The Welfare of Stray Dogs, Help Animals India, TOLFA and KISES.

If you would like to find out more about their campaign to send 1000 copies of the book to India then please visit the crowd-funding page and get yourself a copy of the book. Every book sold will pay for three more to go to our charity partners in India, so you can enjoy a good read and give the child in India the gift too, some of who will never had had a book of their own.