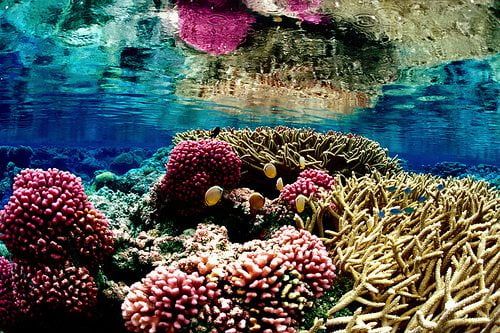 Most of the world’s marine protected areas (MPAs) have roughly the same number of fish as fished areas, a new study has found. This suggests much more needs to be done to protect marine wildlife.

Researchers investigated 87 MPAs in 40 different countries and found that fish population in reserves were very similar to those in areas where fishing takes place.

While the majority (59%) of MPAs surveyed were found to be poorly managed with no substantial difference with fished regions, some of them were actually found to be working very well, showing on average eight times more large fish and 14 times more sharks.

Drawing on the findings of the study, researchers said well-managed reserves should have five key characteristics in order to effectively protect the wildlife. Protected areas should be “no take”, large, long-established, isolated and have an enforced legislation to supervise them.

Co-author of the study Trevor Willis from the University of Portsmouth noted in an article for the Conversation, “Clearly, age is something that takes time, the implication being that MPAs should be permanently designated rather than subject to political whims. The reason for this is that species recovery can take time, and remember, we have intensely fished our coasts and territorial seas for many, many years.”

Jean-Luc Solandt, senior biodiversity policy officer at the Marine Conservation Society (MCS) told Blue & Green Tomorrow that although MPAs in the UK have some of the features highlighted by the study, there is room for improvement. Of particular concern is the “no take” requirement – areas where fishing is prohibited.

“Some of our sites are over 100km square, old, but they tend not to be well enforced or highly protected, therefore it’s very difficult to see the potential for recovery of the sites, not least to monitor their effectiveness against what they were like before designation”, Solandt said.

“There is an opportunity to use mobile phone SMS and GPS technology on vessels to ensure that MPAs are well-enforced, and that regulators can ‘see’ vessels in real time. These technologies can also show the boundary zones of MPAs to allow fishers to be warned when approaching boundaries.”

He added, “They are starting to creep into use, but why has this taken so long? Probably because politicians and regulators haven’t had the will to force such measures onto the fishing industry. We need to up that in order to have truly effective and responsive MPAs that show the real recovery potential of the seas.”

In November, the UK government announced the creation of 27 new marine conservation zones (MCZs) – a type of MPA – in UK waters, a tiny fraction of the 127 recommended by the science committee.