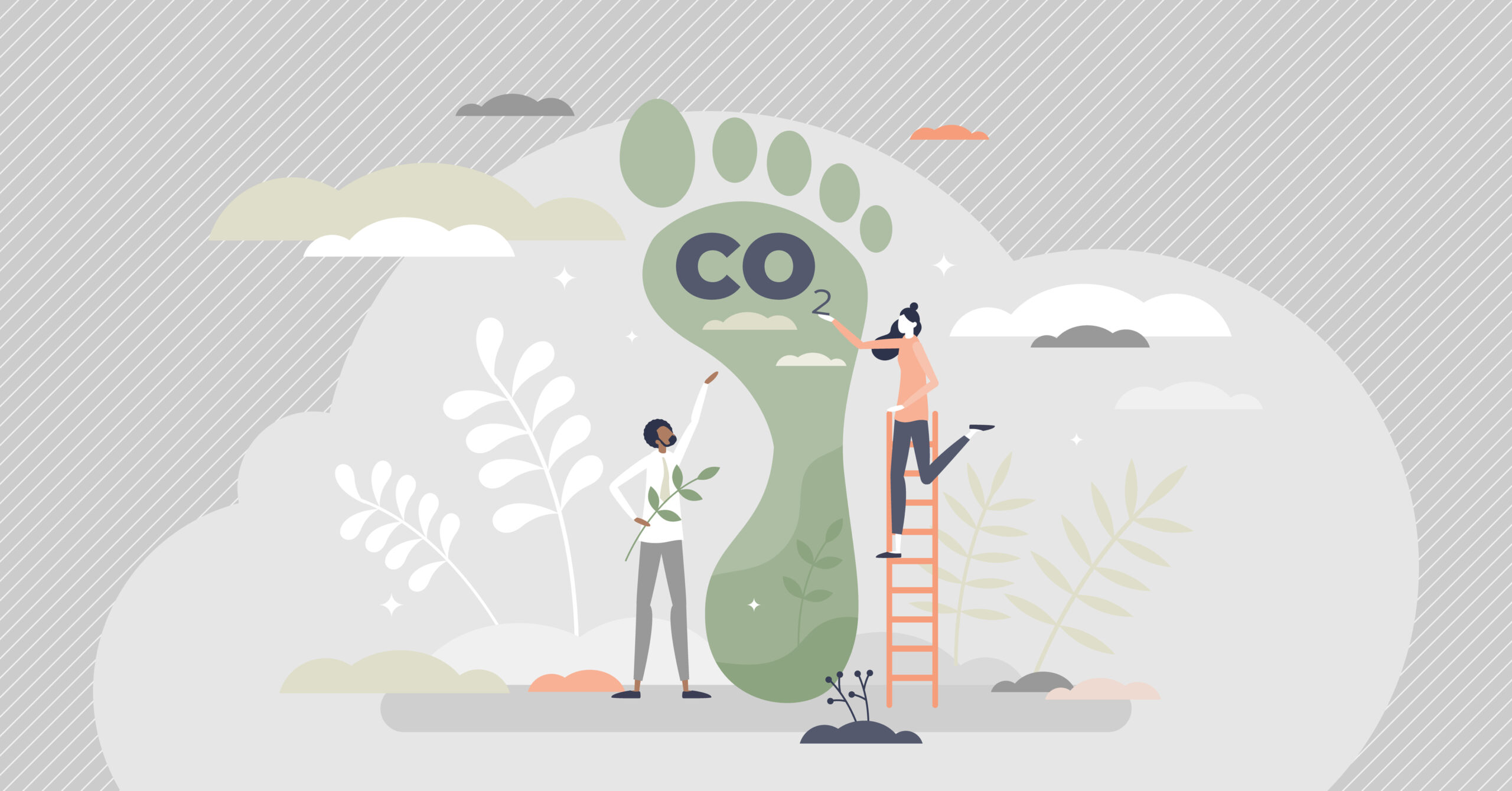 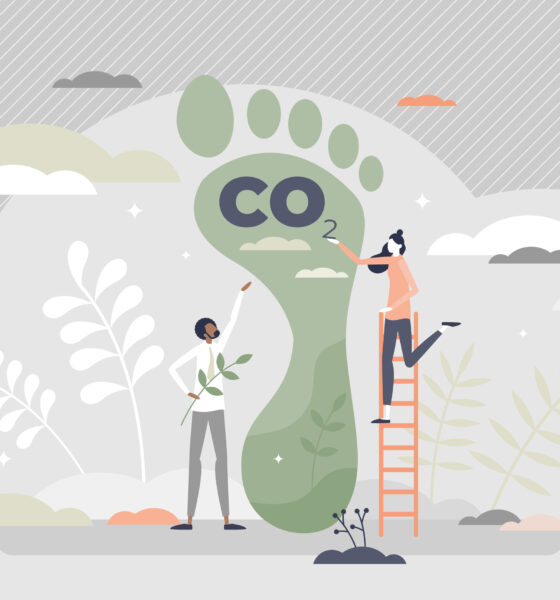 In this post, we will compare the carbon footprint and costs of gasoline cars and electric cars. We are going to see which one emits more CO2 and which one is more cost-effective.

Throughout their lifetime, it is good to know whether gasoline or electric cars have greater levels of CO2 emissions. This is something many people have debated about. Some people argue that electric cars do not emit a single molecule of carbon dioxide, while others argue that the environmental cost of producing a lithium-ion battery is brutal. If you are passionate about data and numbers, you have come to the right post, because we are going to estimate the carbon footprint for both electric and gasoline vehicles, as well as some other financial considerations car owners should consider throughout the car’s lifetime. It is also important to consider financial issues.

Understanding The Impact Of Electric Cars

Before delving into the environmental issues associated with electric cars, it is worth exploring the financial issues. They will be a huge issue for many consumers that can’t be ignored.

One downside of electric cars is that they can cost twice as much at the point of purchase as gas powered versions of the same vehicle. Of course, you can also save money on gas with them over the life of the vehicle. After taking this into consideration, the cost of an electric vehicle is less than 10% more expensive. Other factors could mean that an electric vehicle is even cheaper. You will pay less on taxes and parking.

However, insurance might be up to 23% more expensive. This is why it is a good idea to find cheap car insurance companies that give a break on premiums for electric cars. If you have an electric car, then you need to do your due diligence when choosing a policy.

What Assumptions Do We Take Into Consideration And Where Does This Data Come From?

We understand that electric car owners are usually looking for ways to travel in urban locations, which will not exceed 60 miles per day, so that any electric vehicle with a battery rating of 35 kWh would be sufficient. If we also consider growing demand for SUVs that has shaken the market and discard premium models to try to contain costs, it is good to use the Hyundai Kona for our analysis.

This vehicle has a battery and an engine with 39 kWh and 136 hp. It has a gasoline version 1.0 T-GDI 120 hp, which runs just as smoothly, because it would be exactly the same car, but with different engines.

We assume that this user is going to keep the car for 13 years, which is not an unreasonable time if we take into account that the average age of most cars before they fail. We also consider that it will be driven 120,000 miles during that time, which means the owner is driving it around 9,300 miles per year.

The bulk of the data on CO2 emissions involved in manufacturing the car, batteries or obtaining fuel have been taken from an academic study written by professors from Kogakuin University in Japan and Mazda engineers. They conducted an extensive analysis and collection of emissions evaluating the type of vehicle, use and geographical location. Other parameters such as the electricity mix or oil were taken from other publications.

Quantifying the exact CO2 emissions involved in the manufacture of any car is very complex and almost utopian. You must account for the extraction and procurement of raw materials, transportation of these materials to the factory, construction of the factory itself, whether it will use renewable energy sources, the proportions of different materials, as well as the purification of manufacturing processes. As you can see, there are hundreds of factors to be considered. We analyzed them and arrived at the following estimates:

In the case of the electric car, the motor and inverter would represent emissions of 1070 and 641 kg of CO2, respectively.

Finally, we look at lithium-ion batteries, one of the most controversial elements. In this case, it is estimated that for each kWh of capacity, 177 kg of CO2 are emitted.

From these values, obtaining the cost in emissions to manufacture both Hyundai is a straightforward process, being 12,868 kg for the electric version and 5,493 kg for the gasoline version. Producing a 39 kWh electric car generates about 12.9 tons of CO2 for the 5.5 tons of its gasoline equivalent.

During the useful life of these vehicles, several operations have to be carried out that also entail the equivalent in CO2 emissions, such as tire replacement (108 kg per set), 12 V battery (19.5 kg per unit), oil change (3.22 kg per service) and coolant (7.03 kg per service), among others. In summary, we can say that these operations represent 458 kg of CO2 in the case of the electric car and 487 kg of CO2 in the case of the gasoline car, the difference being due to the maintenance of the thermal engine.

We come to the key point in this brief study, which is about how much carbon dioxide we release into the atmosphere as a result of the use of the car. We start with the “driven by electrons” and recognize that the WLTP consumption that homologates the electric Kona is 15 kWh per 100 km, which seems prudent to raise to 17 kWh / 100 km for a normal and real use.

When analyzing how much CO2 is emitted into the atmosphere to produce 1 kWh, the figure depends on how you get that electricity. It depends on if you have photovoltaic panels on your roof, if your electric company is powered by coal-fired power plants or wind farms, how the sun shines or the wind blows that day. After consulting various statistics from various academic and state agencies, we take into account that the weight of renewables will be greater in the future and estimate the carbon footprint is about 0.265 kg of CO2/kWh. After doing the math, we have that for those 195 thousand kilometers, 8785 kg of CO2 will have been released into the atmosphere.

If we are talking about the gasoline engine, to obtain a liter of this fuel at our gas station, we have to take into account the process of extracting the crude oil from the oil well, transporting it (thousands of kilometers) to the refinery and the subsequent refining process and finally transporting it back to the service station. This chain of processes is leads to a high level of pollution, ranging from venting processes (burning of gases such as methane in oil wells), transport in tankers or treatment in refineries, where one only has to look at the atmosphere of gases that surrounds them. According to a compilation of emission factors from various sources, gasoline had a FE of 2.157 kg CO2/l in 2018. Considering a real consumption of 5.9 liters per 100 km and emissions of 120 g CO2/km, it gives us a result of 48216 kg of CO2 thrown during the aforementioned 195 thousand km (195,000 x 0.120 + 195,000 x 0.59 x 2.157).

After 13 years and 195,000 km, the carbon footprint of the thermal model is more than double that of the electric one.

Finally, we must not forget the environmental cost generated by its scrapping and recycling process, which is estimated at about 65 kg of CO2. Adding all these values we can obtain the carbon footprint of an electric car and a gasoline one, in this case a Hyundai Kona of 39 kWh and a 1.0 T-GDI 120, during its entire life, which is 22.2 tons of CO2 for the electric and 54.3 tons of CO2 for the gasoline, which shows that an electric car is clearly more environmentally friendly. In fact, it is more than twice as environmentally friendly.