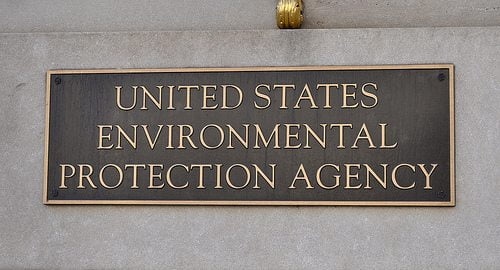 New EPA chief: climate change is the ‘opportunity of a lifetime’

New administrator of the Environmental Protection Agency (EPA) Gina McCarthy has sent a strong message to the US, saying that climate change is an “opportunity of a lifetime” to create jobs and boost innovation.

Speaking at the Harvard Law School, McCarthy – who was elected as EPA chief by the US Senate earlier this month – said that economy and environment could benefit from each other.

“Can we stop talking about environmental regulations killing jobs? Please. At least for today? Let’s talk about this as an opportunity of a lifetime, because there are too many lifetimes at stake”, she said.

McCarthy added that tackling climate change and promoting green growth would help the US economy. Her speech echoed the sentiments of Barack Obama, who made similar claims at the beginning of his second term as president.

Being a Democrat, McCarthy’s election was strongly opposed by Republicans who accused Obama of using the power of the EPA to wage war against the fossil fuels industry and cut greenhouse gas emissions.

McCarthy, who joined the Obama administration in 2009, has over three decades under her belt dealing with environmental issues, economic growth, energy and transportation.

After she was elected, she said, “I think it’s a culmination of a career of 35 years where I felt that public service was the most honourable profession there is.

“I’m a child of the 60s, I had to give back to this world – and I cannot think of a more special place to be than as the head of EPA. It is the one agency that stands between environmental hazards and public health hazards and protects the American public each and every day.”

She concluded her inaugural speech in Massachusetts by saying that the EPA won’t just set regulations but will improve environment protection.

She added, “Climate change will not be resolved overnight. But it will be engaged over the next three years – that I can promise you.”