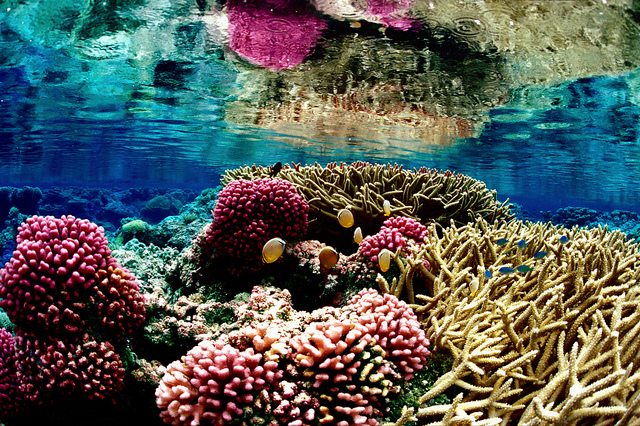 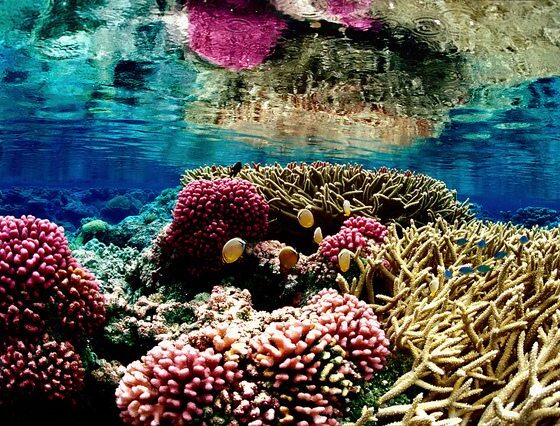 As human activities make the oceans more acidic many marine species are increasingly being put at risk, including populations of fish that people around the world rely on for food, scientists have warned.

Speaking to the BBC, in an investigation for Newsnight by environment analyst Roger Harrabin, experts warn that rising levels of CO2 are a major threat to aquatic ecosystems.

“There will be winners and losers as ocean acidity increases. Seaweed and seagrass are thriving under higher CO2 levels. But many species lose out,” says Katharina Fabricius of the Australian Institute of Marine Science.

“We are very concerned because the baby corals find it very hard to survive in high CO2 so reefs won’t be able to repair themselves.”

Coral reefs play a vital role in the marine environment. Many species depend on reef habitats for shelter or food, she explains.

“We can protect reefs from over-fishing and local pollution if there’s a will. But with the atmosphere and oceans it’s completely different – there’s nothing to remove the effects of CO2 from the system. It’s terrible,” she adds.

Scientists have previously estimated that the oceans absorb more than a quarter of carbon dioxide emitted from manmade sources into the atmosphere.

Fabricius’ research at volcanic vents in the ocean floor, which naturally pump CO2 into the surrounding water, has provided scientists with a looking glass into the future.

Fabricius and her colleagues have found that 30-50% of coral species won’t be able to survive the projected CO2 levels of the world’s oceans this century.

“We’ve already lost a third of coral reefs thanks primarily to pollution and overfishing – both are accelerating. Now there’s the added [threat] of global warming and in future, ocean acidification,” said Terry Hughes, director of the Centre for Reef Studies at James Cook University in Australia.

“Some coral species will substitute for others, but if you lose table corals and tall branching corals, most of nooks and crannies – the hiding places for juvenile fish – will disappear. And it’ll directly affect humans being because fish stocks will be affected,” he warned.

Billions of people depend on marine life for life and livelihood. The UN Food and Agriculture Organisation estimates than one in five people worldwide rely on fish as their primary source of protein.

A report published last year also found that oceans were acidifying at “unprecedented rates” because of manmade carbon dioxide emissions.

It noted that today’s rate of acidification is 10 times the rate it was 55 million years ago, when fossil records show evidence of a mass extinction of deep sea species.