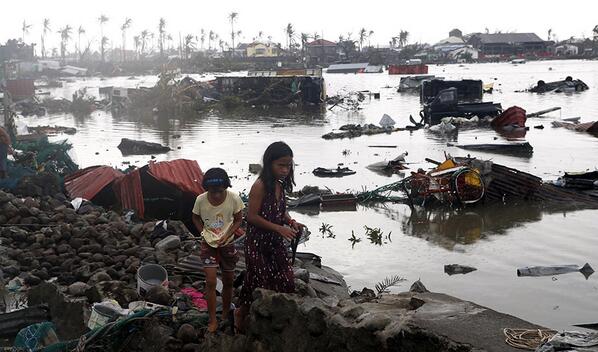 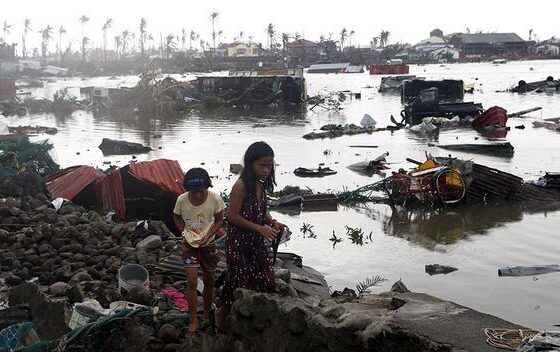 UN climate change talks opened in Warsaw on Monday with an emotional address from a delegate of the Philippines, speaking as his country attempted to recover from the destruction of Typhoon Haiyan.

Yeb Sano, the Philippines’ climate change commissioner said that the storm had caused “unprecedented” and “unthinkable” damage, warning that climate change will increase the likelihood of such extreme storms striking again.

Occasionally struggling to speak, he told the international representatives of 195 nations that the super typhoon had devastated his hometown. He told of his relief to learn that his brother had survived the disaster, but described how he is “very hungry and weary”.

“In the last two days, he has been gathering the bodies of the dead with his own two hands,” Sano added.

Sano then announced that he will not eat for the duration of the two-week conference until a meaningful deal had been reached, out of solidarity for his countrymen who are struggling to find food at home. After making this pledge, Sano was given a standing ovation as he wiped tears from his eyes.

1,774 people are reported to have been killed by the storm as of Tuesday morning, according to the National Disaster Risk Reduction and Management Council, but this figure is expected to rise dramatically. It is feared that over 10,000 people have lost their lives.

The UK has sent a naval destroyer as a huge international relief effort gets underway, but aid workers are struggling to reach those affected.

The head of the Philippine Red Cross has described the aftermath as “absolute bedlam“.

“There’s an awful lot of casualties, a lot of people dead all over the place, a lot of destruction,” Richard Gordon told the BBC.

Dr Alicia Ilaga, another member of the Philippines delegation, told a press conference that Haiyan was the 22nd typhoon that has struck her islands this year.

“We cannot manage this kind of abomination on our own,” she said.

“It is not of our making. We are supposed to be developing and adapting to climate change, but coping with these kinds of events is beyond our capacity already.”

Representatives of developing nations have urged richer nations to discuss a “loss and damage” mechanism, whereby rich countries, who have historically contributed the most to climate change, will compensate the poorer countries who are set to suffer the most from its effects.

“We cannot do anything about our geography, we are in the middle of the typhoon belt. The financial mechanisms to help us are all ready, but the coffers are empty,” Ilaga added.

Compensating for the impacts of climate change is just one of the many subjects that the 19th session of the Conference of the Parties (COP19) to the United Nations Framework Convention on Climate Change (UNFCCC) must discuss.

In 2011, UN members agreed to conclude a new deal by 2015 that would aim to limit global warming to 2C. Taking effect in 2020, the pact would commit all nations to targets for reducing greenhouse gas emissions.

However, many of the details and mechanisms of this strategy remain undecided, with only 50 days of negotiation left until the agreement must be signed in Paris.