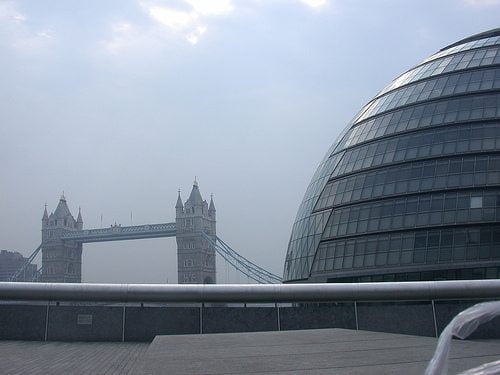 The UK continues to experience high levels of pollution caused by emissions, winds and Sahara dust, as the government urges vulnerable people to avoid outdoor activities.

The alert started on Tuesday, with forecasters warning that southeast England, East Anglia and the Midlands would experience high to very high levels of air pollution.

The phenomenon is likely to last until the end of the week, according to the Department for Environment, Food and Rural Affairs (Defra). On Thursday, pollution in areas in the southeast, Greater London and eastern England reached level 9 on Defra’s ranking, which goes from 0 (lowest) to 10 (highest).

The phenomenon is believed to have been caused by an unusual combination of local and continental emissions from traffic and various industries, light winds, a warm climate, an absence of rainfall and a dust storm coming from the Sahara.

However, many have criticised the government for underestimating the role played by domestic pollution and emissions.

Friends of the Earth air pollution campaigner Jenny Bates said, “There’s not much we can do to control dust from the Sahara, but the authorities could and should be doing far more to deal with the UK’s contribution to this air pollution episode, particularly from road traffic emissions.

“We need cleaner vehicles, a serious strategy for tackling traffic levels, including the provision of better public transport and cycling facilities, and an end to plans to build new roads.”

Simon Birkett, founder of Clean Air in London tweeted on Wednesday that, according to scientists, Saharan dust only accounted for 5% of the problem, with the rest being local and European emissions.

The Met Office and the government have advised people with respiratory problems, the elderly and children to avoid outdoor activities while the warning remains in place.