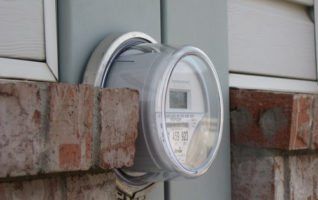 IT Project For National Smart Metres Delayed Even Further

The Government has confirmed that a national IT project to distribute smart meters to consumers has been delayed for the third time in 18 months.

The meters will measure gas and electricity use and will send this data back to the energy suppliers to end manual readings.  Reportedly, it is the communications infrastructure behind this which is the issue and will now go live at the end of September.

“IT projects are often exceptionally complex and delivery dates rely on a number of variables.  It is important, however, that the Government can deliver to a timeline and often this relies on suppliers keeping to their own strict deadlines, something which appears not to have happened in the case of the smart meter roll-out.

“Too commonly, the delivery dates for projects are continually put back without real analysis of where the problems are and what can be done to fix this.  In my experience I’ve seen that this is often a case of not having the right IT project team in place.  It’s not enough to have lots of team members or a team which can cover many different activities, if none of them have real specialist knowledge.  It’s a brave decision to take a step back from a project, analyse where things are potentially going wrong and make changes but, in some cases, this is the only way to truly resolve the issues that are holding back completion.

“Although the details are fairly limited in this particular instance, as a rule of thumb, I recommend a couple of best practices.  Firstly, using an on-shore team is important.  You need experts here, now, who understand the issues that are taking place.  Having an off-shore – or even near-shore – IT project team only overcomplicates the issue and draws out the process.  Secondly, an IT project team needs to be working when it’s in demand.  This doesn’t mean excessively long days, it means hours that fit around the client and their issues.  IT problems don’t conform to a 9am-5pm working day, so neither should an IT project team.  In summary, taking a fresh look at an IT project can often save months of delays in the long run.”