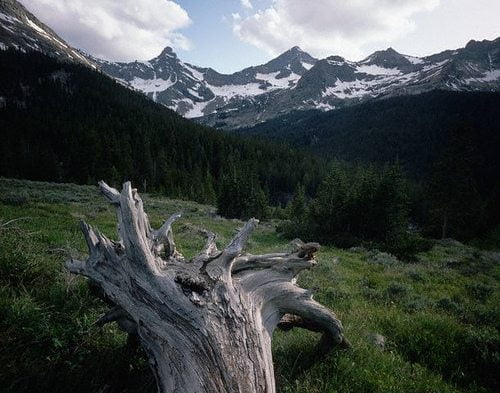 Putting a value on nature: Edinburgh conference says business is ‘part of the solution’

The organisers of a global event set to look at how best to utilise the world’s natural assets have said businesses “need to be part of the solution”. This comes after it received criticism from campaign groups, which claimed its list of sponsors suggested it was trying to “privatise nature”.

The World Forum on Natural Capital, organised by the likes of the Scottish Wildlife Trust, the United Nations Environment Programme and the International Union for Conservation of Nature, takes place in Edinburgh on November 21-22.

The keynote speech will be made by Scottish first minister Alex Salmond, and the conference will also see input from organisations such as the Royal Bank of Scotland, Coca-Cola, Rio Tinto and audit firm KPMG.

Many companies and governments take the view that if the natural world is given a financial value, it is more likely to be protected. But the event has been criticised by campaigners, who say the desired outcome will not be realised.

“It is deeply ironic that the same financial markets that caused the economic crisis are now seen as the solution to our environmental crisis. It’s about time we learnt that financial markets need to be reined in, not expanded”, said Nick Dearden, director of the World Development Movement (WDM).

“Pricing these common resources on which people depend for their survival leaves all of us more exposed to the forces of the global economy, and decisions about whether or not to protect them become a matter of accounting.”

However, defending the decision to include businesses in the protection of the natural environment, Jonathon Hughes, the event’s programme director, said “If we are to make a real difference, there needs to be an open discussion and businesses need to be part of the solution. The more debate we can have on this difficult but vitally important subject the better.”

“Nature may be priceless, but it is not valueless, and there is now a broad acceptance amongst the majority of environmental charities that as long as the value of nature remains invisible in economic decision making, corporate and state sectors will simply continue to generate financial profits through running up a massive natural capital overdraft.”

The debate around whether nature should have an economic value was heard on the BBC Radio 4 programme Shared Planet in July. Meanwhile in an article for Yale Environment 360 Richard Conniff, writer and journalist, wrote, “It may be, as some argue, that we have no better way to save the world. But the danger in the process is that we may lose our souls.”

Among the other speakers at the World Forum on Natural Capital are Prof Dieter Helm, chair of the natural capital committee; Jo Confino, executive editor at the Guardian; Tony Juniper, sustainability expert; and Shaun Kingsbury, chief executive of the Green Investment Bank.

Loss of £200bn pollinating services will be harmful, scientists warn