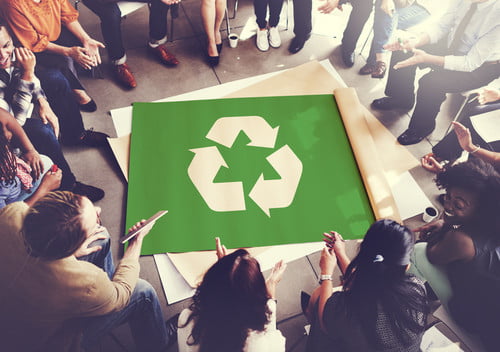 Over the last year, the environment has shot to the top of the list of global priorities. Spurred on by inspiring young activists such as Greta Thunberg, and early-stage impact investors such as Tom Chapman and Philip Berber, many tech startups are now determined to make a real difference.

From retail, energy and agriculture to construction and heavy industry, startups in every sector are putting sustainability and the environment first. Their ideas and innovations are just beginning to have a real impact on our lives and on the health of the planet. Here are three areas the next generation of tech companies are focusing on right now.

Climate change is a fact of life and many tech startups have come up with innovative ways to conserve natural resources, especially water. As droughts become more prevalent, water conservation is going to be a big global issue.  It’s estimated that only 1% of the total amount of water available on earth is safe, clean and fit for human consumption, so it’s an area that tech can have a very big impact on quite quickly.

One startup tackling this issue is Apana, a Washington State-based company that is using IoT devices and cloud-based analytics to help business tenants analyze, control and manage water usage in commercial buildings. Apana has developed a product that cuts both ways: it allows businesses to save as much as 30 percent on their water bills and also helps save scare natural resources.

Another startup has recognized the vital part that employees can play in conserving natural resources. Founded in 2016, Sustain has developed a business-to-business platform that allows businesses to engage employees in sustainability through rewards and incentives, and shows workers how they’re helping reduce waste, conserve energy and contribute towards lowering the company’s carbon footprint.

Solar, wind and water-power technologies have been around for decades, if not longer. The first solar systems were introduced in residential homes way back in the early 1970s, and the very first windmill designed to produce electricity was built in 1887. But what’s next in this vital area?

Willem Kesteloo, a young Dutch physicist might have one of the answers. In 2014 he founded Physee, a startup with a radical new idea: why not turn windows into power generators? Physee has developed a range of windows that not only convert sunlight into electricity but use smart sensors to measure light intensity, temperature, pressure and air quality, all controlled via an app. Physee’s latest integration, SmartSkin, autonomously powers, sense and regulates a building’s entire climate.

Another startup, California-based Fervo, is looking to tap into a source that’s not always recognized: geothermal energy, accessing heat from the earth. Still in its early testing phases, Fervo aims to put geothermal energy, at scale, on the map. This is a smart move as some estimate that geothermal could provide as much as 20% of the US energy demand. Just last year, Bill Gates’ clean-energy fund invested in Fervo, giving geothermal a big boost.

3. Reducing the impact of food production

Most people now recognize that what we eat and the way we farm our food can have a detrimental effect on the environment. In fact, according to the UN’s Food and Agriculture Organization, forestry, agriculture and land usage combined produce 21% of global greenhouse gas emissions, the second largest emitter after the energy sector. These kinds of statistics really focus the mind, and many startups have picked up the challenge.

One of the big, perennial problems in developed western countries is food waste. It’s estimated that up to 8% of all greenhouse gas emissions are caused by waste food decomposing in landfill sites, and globally we throw away 10 million tones of food per year. One UK-based startup has come up with an innovative solution to start tackling the problem on a local level.

Founded in 2016, Too Good To Go gives retailers the ability to connect with the local community via an app and sell surplus food to consumers at a discount price rather than throw it away. The idea has taken off very quickly and from a standing start, Too Good To Go now has a community of almost one million people around the globe.

There can be no doubt that climate change is one of the very biggest challenges we will face over the coming decades. Individuals cannot solve all our environmental problems alone. To have any positive, lasting effect we need to encourage startups to use the power of technology to help develop new ways to live in the future. And to have a fighting chance, we must start right now.