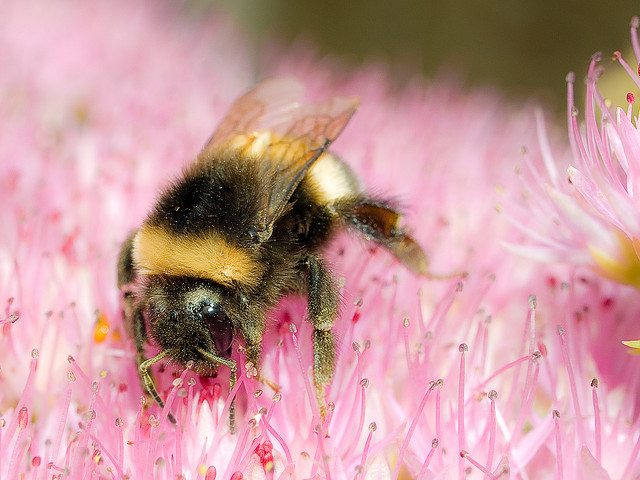 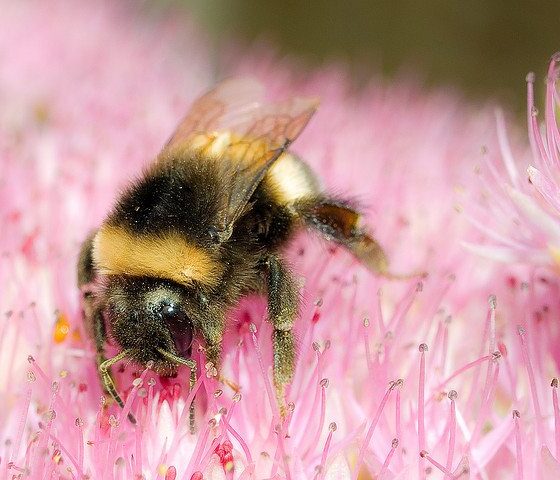 Almost a quarter of Europe’s bumblebee species are threatened with extinction, including some that are essential to European agriculture, a new study has found.

Researchers from the International Union for Conservation of Nature (IUCN) examined all of the 68 bumblebee species that live in Europe, finding 16 are at risk.

They also found that 46% of European bumblebee species have a declining population, while 29% are stable and only 13% are increasing.

“We are very concerned with these findings. Such a high proportion of threatened bumblebees can have serious implications for our food production,” says Ana Nieto, coordinator of the study and European Biodiversity Officer of IUCN.

The IUCN warns that out of the five most important pollinators of European crops, three are bumblebee species. Together with other pollinators, it is estimated that bumblebees contribute more than €22 billion (£18bn) to European agriculture every year.

It is thought that climate change, pesticides, the intensification of agriculture and changes in land use are the main threats to the species.

In December, a ban on three neonicotinoid pesticides came into force in the European Union, after the majority of member states – the UK excepted – voted to prohibit their use. Scientists have linked the chemicals to problems in bees’ ability to gather food and dysfunctions in their nervous systems.

“The plight of Europe’s bumblebees is a problem that needs to be tackled on all fronts,” he said.

“Efforts clearly need to be scaled up, not least through better mainstreaming of biodiversity into other policies, but also to raise awareness about the benefits that pollinators bring.”

In March, the government launched an open consultation over the UK’s national pollinators strategy (NPS), aimed at protecting bees and another insects that are essential to agriculture.

The consultation runs until May, though campaigners have argued that the government’s draft policy must place more emphasis on pesticide use.