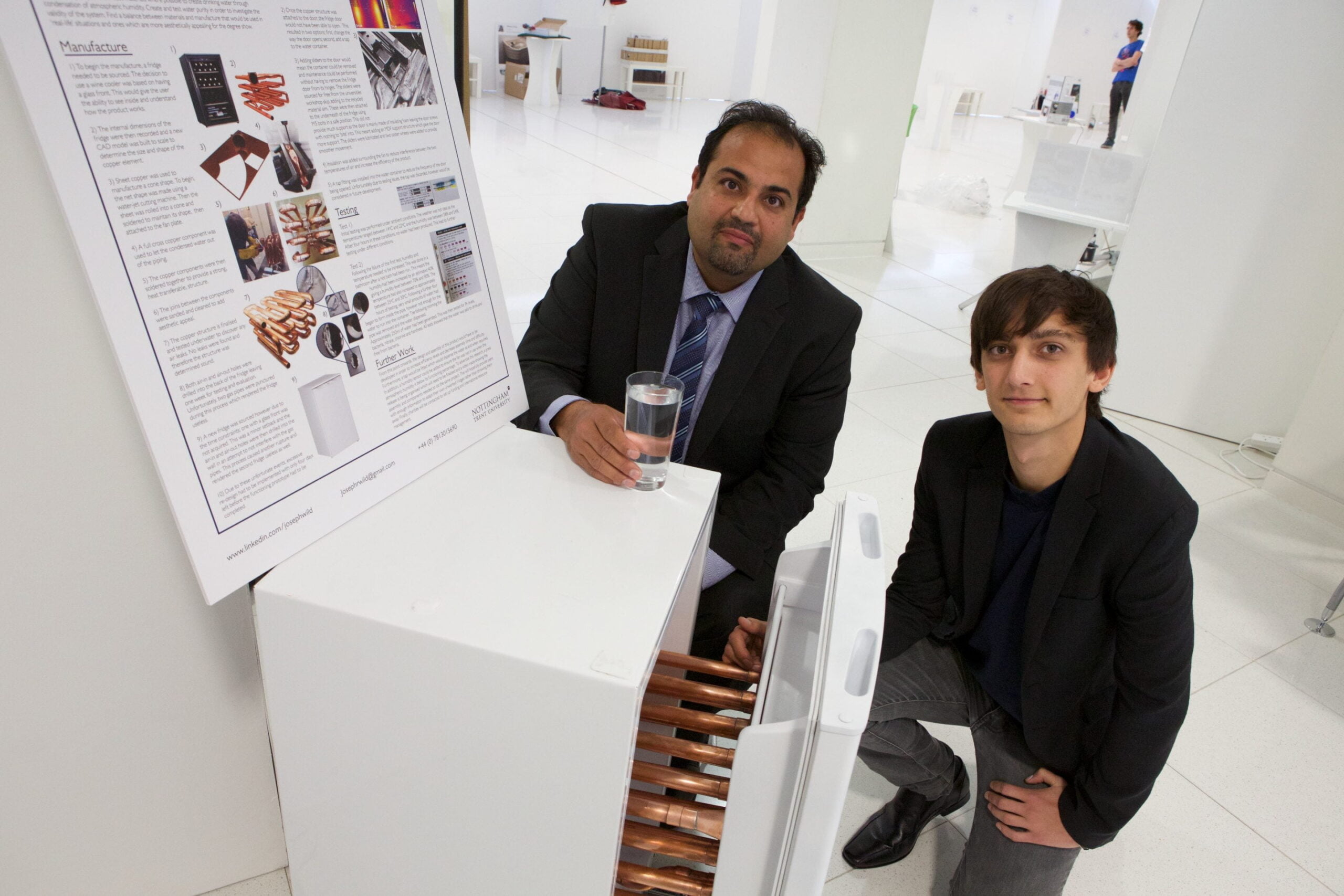 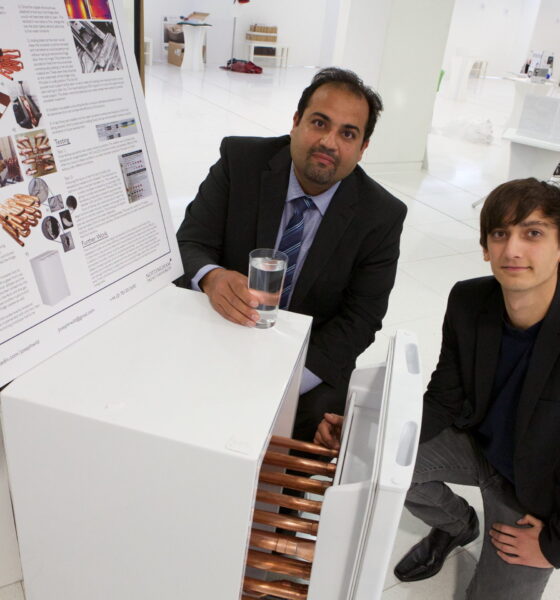 Researchers are attempting to help the 768 million people who lack access to clean drinking water by recycling old refrigerators.

A team from Nottingham Trent University has claimed that their invention can create water out of ‘thin air’ to provide families in developing countries with a safe source of drinking water.

The group, led by Dr Amin Al-Habaibeh (pictured, left), says that their idea could help save the lives of thousands living in developing countries across the world, by retrofitting old refrigerators to run on solar power and providing water in countries with humid climates.

Al-Habaibeh said that the project showed how everyday items thrown away by some societies could be used to help developing countries tackle some of the key challenges they face.

He added, “Rather than dispose of unwanted refrigerators and freezers, we could repurpose them to help provide the clean drinking water which is needed by thousands of people in other countries.

“It’s a fantastic example of how we can help people in the developing world while also being sustainable by supporting reuse and recycling.”

The design works by drawing in air using old computer fans, which is then passed through a cold copper tube. The warm humid air then cools, creating condensation.

A working prototype of the design is currently being showcased at the university’s Art and Design Degree Shows Festival until June 7. The team are hoping to give detailed instructions on how to build the device so that charities around the world can begin to build their own.

He said: “Water shortage is one of the world’s greatest challenges and more than 768 million people globally lack access to a safe source of water.

“Not only that, but around 2,000 children die each day from diarrhoea caused by unsafe water and poor sanitation.

“Yet this simple invention could help alleviate a lot of those problems while finding a sustainable use for unwanted refrigerators.

“By repurposing old fridges – which otherwise may end up on the scrapheap – we could provide the safe drinking water needed to help save people’s lives.”