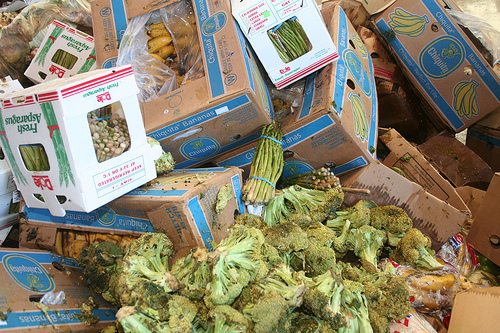 Scientists from across the globe gathered last week at a conference in the Netherlands to address the issue of global food security, discussing how their fields can contribute towards viable and sustainable solutions.

The conference, which began on September 29 and closed on October 2, looked at ways in which scientists could work together to improve current food production systems.

Speaking to Blue & Green Tomorrow, Prof Martin van Ittersum from Wageningen University, co-chair of the conference, said, “This is the first time that scientists from all disciplines have come together to discuss solutions to the problems being faced by the rising populations.”

Due to the projected future demand for food, van Ittersum said the conference was necessary.

“More importantly”, he added, “the expected economic growth across the world will increase demands for farmers to step-up their output and production.”

The main themes that were discussed at the event were efficiency in using resources to increase output and attempting to decrease waste.

Last month, a report by Global Food Security (GFS) found that 40% of food was being refused by retailers because it was “too ugly”.

Van Ittersum also said that we could look at alternative foods in order to decrease demands on agriculture, such as eating insects and artificially produced meat.

The global population is expected to rise to 10 billion by the end of the century, and many fear that food infrastructure will not be able to cope with the rising demand – which itself is expected to increase by 70%.

Investing in the future we want for our children and grandchildren