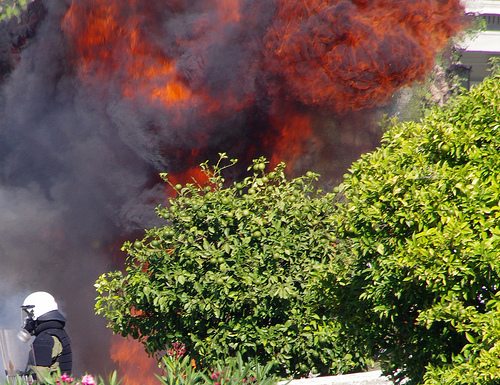 There is “strong causal evidence” that variations in temperatures and climate patterns link to human conflict, according to a new study.

The paper, Quantifying the Influence of Climate on Human Conflict, published in the Science journal, suggests that even small changes in normal temperatures or rainfall can increase the risk of conflict – to a greater extent than previously thought.

One reason is that warming temperatures put more pressure on natural resources and might alter economic conditions, for example in the agricultural sector. The study adds that there might also be a physiological reason, because heat makes people become more aggressive.

Crimes that rise because of climate changes include personal violence, such as rape or murder, intergroup violence, political instability and institutional breakdowns.

Authors noted examples of rises in domestic violence in India and Australia caused by droughts, as well as increased assaults and murders in the US and Tanzania because of heatwaves.

The study collected materials from other fields like climatology, archaeology, economics, political science and psychology, trying to draw a red line that linked climate change to a rise in violence.

Meanwhile Marshall Burke, co-lead author explained, “We found that a 1 standard deviation shift towards hotter conditions causes the likelihood of personal violence to rise 4% and intergroup conflict to rise 14%.

“Our results shed new light on how the future climate will shape human societies”.

If global temperatures rise of 2C, the rate of intergroup conflicts could rise by over 50% in parts of the world already unstable and likely to experience extreme weather conditions.

In January, an article published in Mother Jones highlighted that there could be a relationship between violent crime and lead pollution.