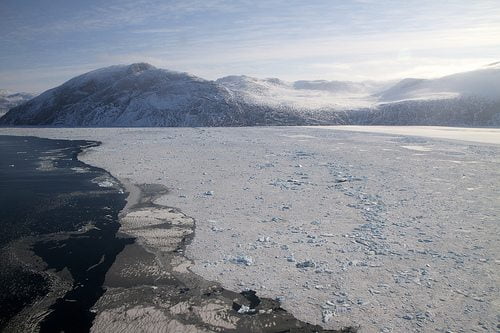 In a recently published Arctic strategy, Barack Obama’s administration set out its vision for the vulnerable northern region. Nicky Stubbs examines what it might mean for its protection.

The Arctic has been known to house reserves of oil and gas since the 1920s. The extent of these reserves did not become clear until 2008, when the US Geological Survey suggested that there could be as much as 90 billion barrels of oil sitting beneath the fast-melting sheets of ice.

Claims of sovereignty had already been made prior to the release of these figures. The Arctic Council, which includes Canada, the US, Russia and the Scandinavian nations, was established in 1996 to “provide a means for promoting co-operation, co-ordination and interaction among the Arctic states”.

Naturally, the discovery of vast fossil fuel reserves sparked interest throughout the region, but not only for Arctic states. The ears of nations around the globe were pricked, as this often neglected region quickly became desirable.

As of May 2013, 12 countries, including China, had been granted observer status by the council, giving them the opportunity to keep an eye on ongoing policies that affect the Arctic, although they have no voting rights.

In its recent Arctic strategy, the US, which is due to take over as chair of the Arctic Council from Canada in 2015, outlines its plans for “one of our planet’s last great frontiers”. Environmentalists are worried by this, given that the empty plains of the US were once seen as a frontier, but have now been conquered and wrung out for their natural resources.

The document contains a few contradictions, most notably “[making] the most of the emerging opportunities in the region” and “the need to protect and conserve this unique, valuable, and changing environment”.

Obama’s value on the former is so strong that he commits “vessels and aircraft to operate, consistent with international law through, under, and over the airspace and waters of the Arctic.”

The latter however, seems to be overtly challenged by US policies. The success of the strategy is based purely on the disappearance of the Arctic sea ice, and the US has every intention of positioning itself “to respond effectively to challenges and emerging opportunities arising from significant increases in Arctic activity due to the diminishment of sea ice and the emergence of a new Arctic environment”.

The harsh reality is that oil consumption opens up further opportunities for drilling by acting as a catalyst for ice melting. We should instead look to clean energy in order to protect of this beautiful and vulnerable region – the last untouched frontier on the planet.