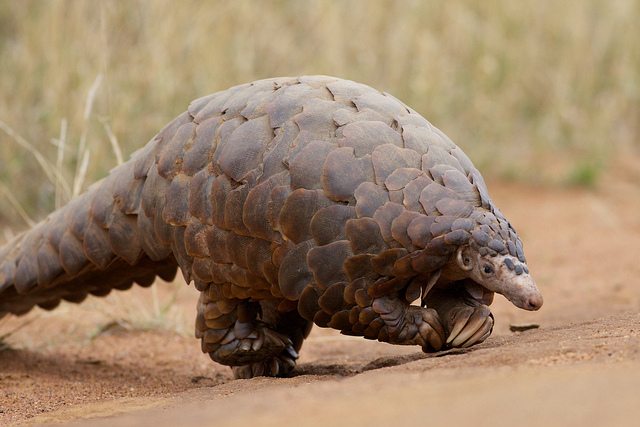 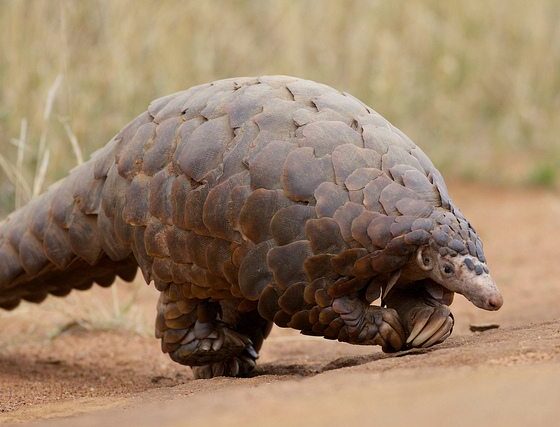 Much has been made of the plight of iconic species such as elephants and rhinos, but the pangolin – nicknamed the scaly anteater – is now the most illegally traded mammal in the world, conservationists have revealed.

Eight different species of pangolin live across Asia and sub-Saharan Africa, but the latest update of the International Union for Conservation of Nature (IUCN) Red List of Threatened Species has found that each is now threatened with extinction.

Two of the species are now rated as being critically endangered.

The decline of the pangolin has been driven partly by the destruction of natural habitats, but mostly, the IUCN warns, by the international illegal wildlife trade.

The burrowing creatures, whose only defense mechanism is to curl up into a spiny ball, are considered a delicacy in some Eastern parts of the world. Now that the numbers of Asian species are particularly low, African species are being poached and transported to Asian markets.

Pangolin scales are also used as a traditional Chinese medicine. This is despite the fact they are made of keratin, the same substance that makes up human nails.

Just last week, authorities in Vietnam seized crates holding 1.4 tons of pangolin scales. Around 10,000 animals would have been slaughtered for such a shipment.

The IUCN’s Pangolin Specialist Group now estimates that more than one million pangolins have been captured and killed for the trade.

“All eight pangolin species are now listed as threatened with extinction, largely because they are being illegally traded to China and Vietnam,” said Prof Jonathan Baillie, co-chair of the Pangolin Specialist Group and conservation programmes director at the Zoological Society of London.

“In the 21st century we really should not be eating species to extinction – there is simply no excuse for allowing this illegal trade to continue.”

The specialist group have launched a new conservation action plan, which recommends that at least £4 million must be spent to protect the pangolin.

Much of this funding would be used on a campaign to raise awareness of the pangolin’s desperate plight and reducing consumer demand across Asia. This could be done using social media, the arts, and respected public figures in China and Vietnam, it is suggested.

A recent report from the UN and Interpol found that the international environmental crime industry – which includes poaching and other crimes such as illegal mining – is worth around $213 billion (£125bn).

The profits from this trade are often used to fund terrorist organisations and criminal gangs, the report warned, while the destruction of habitats and species stunts economic growth in vulnerable countries.

The landmark report called for the international donor community to recognise the severity of the environmental crime crisis, and urged them to support efforts to safeguard its victims.