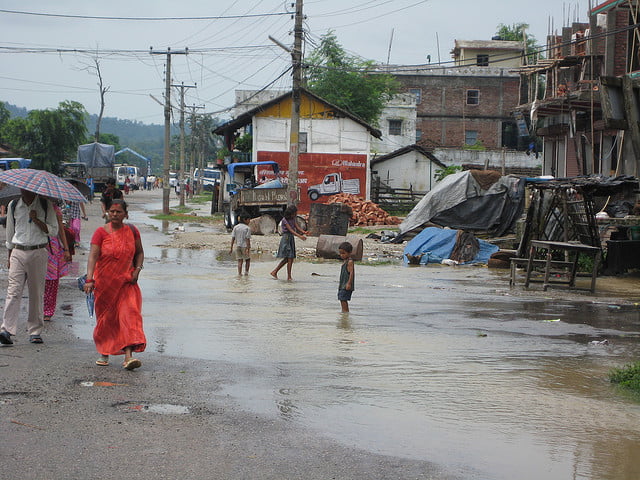 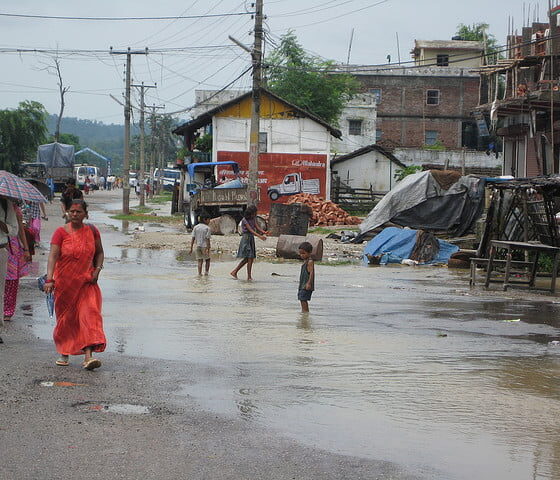 Experts have warned that further natural disasters are likely to threaten tourism in Nepal, which last year saw 60 people killed by flooding of the Seti river.

According to geographers and hydrologists, changes in the course and flow pattern of the river, which led to flooding, were caused by high deposits of mud, pebbles, sand and boulders.

The flooding has left human settlements threatened in and around Pokhara – Nepal’s second largest city which operates as a trekking region for tourists.

Located close to Himalayan Mountains, some of these attractions for visitors are already being jeopardised as houses, livestock, tourist restaurants and markets have been swept away by flooding.

Rubble deposited by the flood has been recorded as high as 20 metres, while other houses have been left deserted due to erosion.

Dhurbaraj Poudel, head of the Nepali government’s water-induced disaster management office in Pokhara, told the BBC, “With the river having changed its course after last year’s flood, several sections of the riverbanks that people thought were safe for human settlements earlier have now been eaten up by the river.”

Flooding in general has major social, environmental and economic consequences for communities and individuals across the globe, causing damage to properties, deterioration of health conditions, destruction of crops and loss of livestock.

As infrastructure such as power plants, bridges and roads become damaged, the lives of many are severely impacted. Some are even forced into poverty.

In attempt to tackle these challenges, Europe has been warned to start adapting its cities to climate change. Meanwhile, a coalition of some of the world’s poorest nations recently decided to make major efforts to reduce their carbon footprint.

Weather must never be confused for climate ,but climate change will almost certainly make our weather more extreme.

Countries like Nepal whose economies rely on the inflow of finance from western tourism will therefore feel the brunt of the effects – as well as experiencing social and environmental problems themselves.