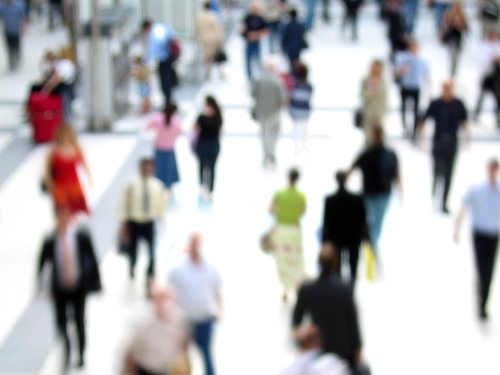 Towards 9 Billion is a vision for a sustainable and equitable future based upon some simple yet radical changes to the purpose and processes of modern international capitalism.

The human population is set to grow to more than 9 billion people by 2050. What sort of world do we want them to arrive into? One of scarce resources and extreme competition for the basic elements of survival, or one in which they are able to build stable and meaningful lives for themselves and their children?

Rather than seeing a growing population as a fundamental threat, might we rather see it as a global opportunity of epic proportions?

We need new concepts of economic and social success

Our current economic models, with conceptual roots dating back centuries, were not designed to deal with the universal challenges presented by resource scarcity, population growth, globalisation and the decline of natural capital.

Current industrial processes are increasingly recognised as unfit for meeting the demands of the majority of the Earth’s current 7 billion people, let alone the expected rise in population numbers.

If we are to sustain and thrive together as species we need to imagine and deliver new ways of meeting our needs and desires.

Today, even the world’s largest companies only supply goods and services to a proportion of the planet’s population. Increasing the total number of economically active people would be in the interests of businesses, citizens and society as a whole – driving greater inclusivity, cohesion, productivity, long-term value creation and providing an in-built incentive for social and market stability.

Perhaps the most significant challenge to achieving this future lies in the ability of the market to act in a strategic and co-ordinated manner and to value activities and behaviour which pay off over the long-term.

Towards 9 Billion: the vision

The vision is simple. To build, by 2050, a world of 9 billion capable citizens living in healthy, thriving ecosystems.

Such a world would represent a market for business unparalleled through human history. It would align the interests of individuals, societies and business organically, through “common-self-interest”.

Delivering the vision for Towards 9 Billion requires two key changes in the function and intent of economics and markets.

Markets lack common strategic intent beyond the generation of short-term profit. Adam Smith’s “invisible hand” is a post hoc rationalisation of the sum of a multitude of individually motivated market actions, it is by no means a strategy.

This lack of shared strategy unsurprisingly makes the delivery of strategic outcomes difficult and the likelihood of systemic risk and unintended consequences more likely.

Towards 9 Billion is designed to address this issue by introducing a clear and economically meaningful purpose to market and business activity; the achievement of a vastly larger and more sustainable market.

Economic behaviour flows principally from the price function, the ability to generate a price for a good or service which allows it to be bought, sold and traded.

At present, the price function fails to reflect, value and therefore sustain the fundamental ecological and social interdependencies that our way of life is built upon. It reduces the physical reality and mind boggling complexity of ecological systems to the simplistic binary metrics of supply and demand, profit and loss. This fails to adequately reflect or consider long-term human or ecological value and represents an existential threat to the continuation of our current model of capitalism.

Subtle but radical changes in the generation of price would allow ecological and social sustainability to become a natural outcome of economic behaviour. Price should not simply be based upon supply and demand but also upon:

– Abundance rather than scarcity: scarce things are only of marginal utility in a world of 9 billion capable citizens – either natural (e.g. biologically based) or managed (e.g. through closed loop stewardship) abundance is inherently more valuable in this context

– Natural vitality: making use of the planet’s natural rejuvenative and productive abilities, learning from and utilising natural production techniques as the basis for our technological and industrial models

– Balancing interdependence: nothing happens in our modern world without the social and economic involvement of others. We need to recognise and balance these dependencies to maximise economic and human potential and remove imbalances and subsidies

Towards 9 billion: bridging price and value

Prioritising the vision for a world of 9 billion capable citizens would be a major step towards the integration of environmental and social value with economic opportunity and cost.

In addition, the motivation for businesses would move towards a positive sum (win-win) view. It would become an economic benefit to design industrial production activities around resources which are more likely to have longevity of supply and which enhance, work alongside, utilise or borrow from naturally productive processes and capacity.

In the social dimension, valuing and balancing interdependence would result in increasing global equity and help ensure a more even spread of economic development and increased quality of life.

Companies and markets would, as a natural aspect of market capitalism:

– consider the longevity and safety of supply of the resources they depend upon;

– prioritise mutual equity in relationships with suppliers, customers and other stakeholders.

It makes overwhelming sense to connect the capability of our social, economic and industrial models to the viability of our home planet.

To paraphrase Arthur C. Clarke, “Over sufficiently large periods of time, private interest should be indistinguishable from the common interest”.

It is time we worked to welcome 9 billion.

Joss Tantram is a founding partner at Terrafiniti LLP, a pioneering sustainability and systems consultancy. Terrafiniti’s Towards 9 Billion thought leadership and research and development initiative develops big, playful and hopeful ideas for a sustainable future.