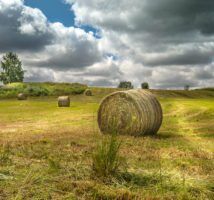 True Sustainable Farmers Are Abandoning Livestock To Save The Planet

Sustainability is a growing concern for people all over the world. Everybody wants to do their part to save the planet. That includes farmers.

The United Nations has warned that the human race won’t be sustainable by 2100, because global warming will have significantly reduced the world food supply. This raises very serious concerns about our ability to survive if we don’t find eco-friendlier agricultural practices.

This is why we may need to change the types of food we produce. Some foods leave a smaller environmental footprint. Meat in particular is bad for the planet.

Shifting Towards Crops Could Help the Planet

According to experts (mostly animal advocates), animal agriculture is much more resource-intensive than plant agriculture. Some experts from Columbia have found that 90% of environmental problems caused by the agricultural industry stem from the production of beef alone. Those resources are only becoming larger because of our civilization’s constant and unstoppable growth. And when you take into consideration the actual numbers, raising animals in the agricultural setting will not have a bright future.

Globally, we consume about 300 million tons of meat every single year. These numbers will reach 450 million in 2030 according to experts. This is almost a 50% increase. If you compare those numbers with 2000. you get an increase of 70 – 160 percent. This is not even close to something you could call a sustainable economy. And there are five reasons why livestock production is not sustainable and why some farmers should start growing plants instead.

When you start comparing the two industries you probably put the economic profitability at the center of your calculations. You don’t take into account animal welfare or ethics. Instead, the calculations focus on pounds created, the space used, sales, expenses, and profits that are generated at the end.

This is why it’s financially more efficient to grow plants rather than animals. But, if you are thinking about going from animal-based agriculture to plant-based one, we advise you to do it slowly. And also, finding the right kind of professional help can be a huge advantage.

The United Nations Food and Agriculture Organization estimates that around 20% of all greenhouse emissions come from livestock production. And this is according to a report published in 2006.

The livestock industry contributes to climate change in a couple of ways. The first one is from the use of fossil fuels which produce carbon dioxide and methane from cattle.

Methane is particularly dangerous. This gas is 56 times more powerful than carbon dioxide. And it comes from cows. A single cow on average produces between 70 and 120 kg of methane per year, and there are about 1.5 billion cows around the world.

3. The Energy we Use in Livestock Production

It may not seem like an energy-intensive industry but you have to think about transport. For example, your cattle need to be fed. To feed your cattle, you need soybean. You fly the soybean crop from South America (where it is being grown) to the USA to a feedlot where it is fed to cattle. Then you truck the cattle to an abattoir which is hours away to be processed where they are packaged and then trucked or flown to a supermarket and kept in huge refrigerators.

You grow the food to feed the world. But that is mostly not the case right now. We already have enough food to feed the entire world, but we are instead either wasting it or feeding it to livestock. Almost half of the food produced worldwide each year is being fed to livestock rather than being consumed by humans.

This means that nearly half of the water used goes to raising animals for food.

However, there is more to it.

What Will Our Grandkids have to say About Us?

What will the future have to say about our generation? What will future generations, looking back to these years see as great monstrosities? When we look at the past we see slavery, the subjugation of women, the murder of heretics, imperial conquest and genocide, two World Wars, fascism, terrorism, etc. We have a clear image of that side of our history. We can see all the failures and we can see that the future will not be any different. I mean, someone could say that we have moved so far from the people we used to be, but this is not entirely true. We have made huge steps forward in technology, but that is the evolution of the wheel – not humans. The human being has remained the same it was in the middle ages or 80 years ago.

Cruel Things We do to Animals

There is plenty to choose from when you start thinking about the bad decisions we’ve made so far but one particular problem is not talked about often – the mass incarceration of animals.

More than 200 million animals are killed for food around the world every single day. And that is just on land. If we include wild-caught and farmed fishes, we get closer to 3 billion animals killed daily. That is 72 billion land animals and over 1.2 trillion aquatic animals killed for food around the world every year. And not all that meat gets eaten. According to a study released by the USDA Economic Research Service, around 31% or 133 billion pounds of food at the retail and consumer levels go uneaten.

Out of that food, about 263 million tons of meat produced globally is lost or wasted. This logically means that we as species produce more food than we can eat, right? Well, not really. The FAO estimates that as many as 25,000 people lose their lives every day as a result of hunger. That adds up to around 9.1 million people who die of starvation every year.

This means that we are something the science would call a Henhouse Syndrome (a common behavior exhibited by predators, in which they kill more than they can immediately eat and then either cache or they abandon the remainder.

Apart from all the wasted food, we have to mention climate change too. Animal agriculture is responsible for about 15% of human-caused greenhouse gas emissions globally. Fossil fuel combustion for energy and transportation is responsible for approximately 64% of human-caused greenhouse gas emissions globally (80% in developed countries).

The Future of Food Doesn’t Have to Include Animals

As people are getting more and more aware of the environmental cost of raising livestock for food, plant-based diets are being embraced by the mainstream. We could have customized diets, wonderful vegetables, robot chefs (maybe)and guilt-free gorging to look forward to.

How do we know that? It is simple, we trust the technology (and marketing). Before the 1930s, no one on the face of the planet Earth had tasted bubblegum. The revolution in making frozen cream desserts came during the 1930s, and in the late 1990s, Red Bull showed us a strange medicinal flavor that has become a synonym for energy drinks.

This is why we think that the future of food does not lie in meat and dairy (at least not in their conventional form). People want to live healthier lives and the industry is probably going to give them what they want.