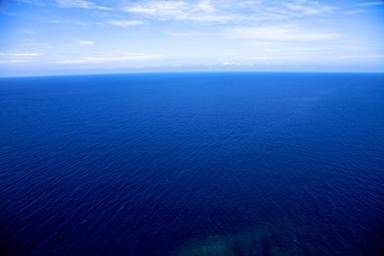 The Southern Ocean has begun to absorb more atmospheric carbon dioxide (CO2) according to new research from an international team, including the University of East Anglia. A decade ago scientists announced that the amount of CO2 being absorbed by the Southern Ocean had not increased since the late 1980s. And it was feared that this ‘carbon sink’ might have begun to saturate.

But new research to be published tomorrow (Friday) in the journal Science reveals that rather than stalling, the amount of CO2 being absorbed is on the rise again. It is thought that changes in weather – particularly wind patterns and temperature – are responsible for this reinvigoration.

But the research team say that while this may look like good news for climate change, the effect could only be temporary and that future trends cannot be predicted reliably.

Dr Dorothee Bakker, from UEA’s School of Environmental Sciences, said: “The Southern Ocean behaves like a giant lung – breathing in and absorbing vast amounts of carbon dioxide from the atmosphere, and releasing it later in the year.

“The seas around Antarctica absorb significantly more CO2 than they release. And importantly, they remove a large part of the CO2 that is put into the atmosphere by human activities such as burning fossil fuels. They basically help to slow down the growth of this greenhouse gas in the atmosphere and lessen the rate of climate change.

“We looked at what is happening in the Southern Ocean – which is responsible for capturing 40 per cent of the global oceanic uptake of man-made CO2.

“But our findings reveal that the tables have turned and that this carbon sink has reinvigorated over the past decade. It is much stronger – and it has in fact regained its expected strength.”

Led by Prof Nicolas Gruber from ETH Zurich and his postdoc Peter Landschützer, who previously carried out PhD research at UEA, the research team analysed the concentration of CO2 in the surface waters of the Southern Ocean, available via the Surface Ocean CO2 Atlas (SOCAT). www.socat.info

This resource is coordinated by Dr Bakker, and the latest data collection (SOCAT version 3) was made public earlier this week – with 14.5 million surface water CO2 measurements from 1957 to 2014 taken from oceans and coastal seas around the world.

The surface CO2 concentration of the Southern Ocean is measured by research vessels, but data coverage depends on each ship’s itinerary. As a result, certain regions of the ocean are very well sampled, while little or no data is collected for other regions. To fill in these gaps, the research team used a newly-developed method based on neural networks.

They compared the basin-wide surface ocean CO2 concentration with estimates based on measurements of atmospheric CO2. They also made use of satellite observations of sea water temperature, salinity and of the chlorophyll content.

The results clearly demonstrate that the Southern Ocean carbon sink began to revive around 2002. By 2010, its carbon uptake was once again comparable to the level expected on the basis of atmospheric CO2 increase alone.

This shows that the strength of the Southern Ocean carbon sink fluctuates strongly, rather than increasing monotonically in response to the growth in atmospheric CO2.

Prof Gruber said: “We were surprised to see such large variations in this ocean’s net carbon uptake.”

The research team say that changes in the prevailing weather patterns are responsible for the reinvigoration of the carbon sink.

Dr Bakker said: “Since the turn of the millennium, the dominant atmospheric pressure systems have changed, causing wind patterns to change too. In the 1990s, winds were stronger over the Southern Ocean, causing more water to be upwelled to the surface of the sea from the depth. But deeper waters contain higher concentrations of dissolved CO2 so this upwelling led to more greenhouse gases being released into the atmosphere and a reduction in the ocean’s net carbon uptake.

But the research team warns that future trends cannot be predicted reliably.

Dr Landschützer said: “Our statistical model is not able to predict the future development so it is critical that we continue measuring the surface ocean CO2 concentrations in the Southern Ocean.

“This is particularly important since current models are not able to reproduce the observed variations”, added Prof Gruber. Hence, long-term datasets are the only reliable means for determining the future evolution of the ocean’s sink for carbon.

Another factor that is not yet fully understood is the effect of large-scale climate phenomena such as El Niño and La Niña on carbon sinks. The reinvigoration in the Southern Ocean coincides with a period of prevalent La Niña conditions, as well as the so-called climate warming hiatus.

‘Reinvigoration of the Southern Ocean Carbon Sink’ is published in the journal Science on September 11, 2015.