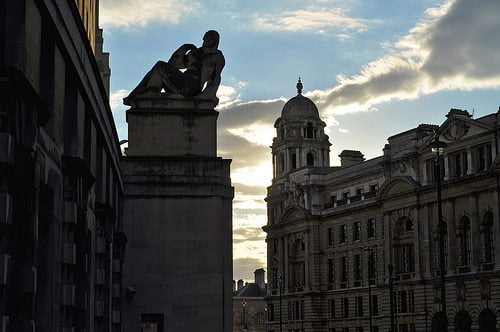 The Ministry of Defence (MOD) has said that the military has joined forces with the Environment Agency to help it assess damage caused to structures and flood defences caused by the bad weather.

The army has already begun looking at the impacts in some parts of the UK that have been devastated by weeks of torrential downpours and strong winds, according to a top army chief.

Maj Gen Patrick Sanders said that the army, along with the navy and the RAF, was responding to what is still “quite a significant crisis” for some parts of the country, where groundwater flooding is still apparent.

Sanders’ comments follow an announcement by the defence secretary Philip Hammond on Monday that both regular and reserve personnel from across the armed forces would be deployed to help assess damage over the next six weeks.

Members of the military have already been working with the Environment Agency to be trained as “flood defence assessors”, with Hammond saying that he would like to see them deployed on this kind of “homeland resilience task” in the future.

Support from the MOD came at the request of the Environment Agency, which the government says needed to build its capacity whilst providing rapid responses to flooding.

Sanders told the BBC, “In some parts of the country we’re doing that already. We have some Royal Engineer divers looking at a bridge in Somerset and as a result that should be able to be reopened.

“We’re working closely with the Environmental Agency. There was a helicopter that flew today to look at coastal defences.”

He added that detailed assessment work would start within the next week or so. A total of 80 flood warnings still remain in place across parts of the UK.