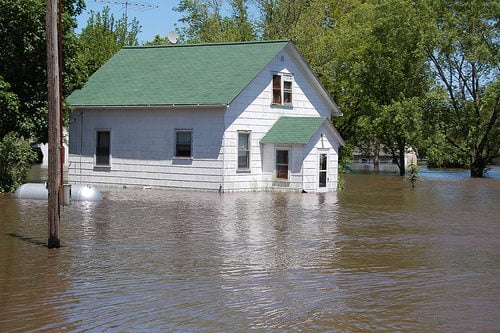 The Union of Concerned Scientists has said that over the next 15 to 30 years, Mid-Atlantic communities and some of the most important cities on the US east coast will experience severe floods and high tides, as worsening climate change raises sea levels and causes more extreme weather.

In a new report, Encroaching Tides: How Sea Level Rise and Tidal Flooding Threaten U.S. East and Gulf Coast Communities over the Next 30 Years, experts suggest that in the next 15 years cities including Miami Beach and New York, as well as Mid-Atlantic communities, could see a tripling in the number of high-tide floods.

In 30 year’s time, these cities could even see a ten-fold increase in floods compared to historic levels.

Melanie Fitzpatrick, report co-author said, “Several decades ago, flooding at high tide was simply not a problem. Today, when the tide is extra high, people find themselves splashing through downtown Miami, Norfolk and Annapolis on sunny days and dealing with flooded roads in Atlantic City, Savannah and the coast of New Hampshire.

“In parts of New York City and elsewhere, homeowners are dealing with flooded basements, salt-poisoned yards and falling property values, not only because of catastrophic storms, but because tides, aided by sea level rise, now cause flooding where they live.”

In some of the worst-case scenarios, nine towns could see tidal flooding 240 times or more per year. Miami Beach would experience more than 200 tidal floods a year in just three decades.

Co-author Erika Spanger-Siegfried added, “Around the world, sea level is rising in response to global warming.  As the oceans heat up, the water expands and as glaciers and polar ice sheets melt they add water to the oceans. Only international and national actions to deeply and swiftly reduce global warming pollution can slow the pace of future sea level rise.”

The report also calls on municipalities to invest in the flood proofing of homes and better infrastructure.

One study from last year estimated that coastal flooding could cost cities more than $1 trillion (£650 billion) if they do not take action to adapt to climate change.