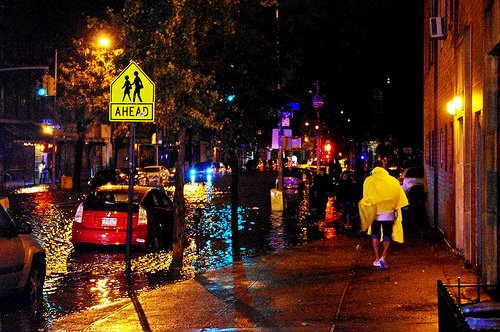 Recent spates of extreme weather events such as flooding, wildfires and superstorms have gone some way to changing the way sceptics view climate change, according to an Associated Press (AP) poll.

The survey of just over 1,000 Americans found that while only 31% place complete or significant trust in what scientists say on environmental issues, 80% think climate change is a significant threat to the US.

And even though little appears to have changed in the US government in terms of measures to tackle it, 45% of people think that Barack Obama is likely to take major steps to address global warming in his next four years as president. This comes after neither Obama nor his Republican opponent Mitt Romney brought up the issue in any of the three pre-election debates earlier this year.

Over half (57%) think the US should be taking some form of action on climate change, with 46% saying that such measures would in fact help the economy in the long-term.

The AP poll shows that 78% of respondents believe the world’s temperature has been warming over the last 100 years – a 3% rise on figures amassed in 2009. And of those that think this, 57% claim to be extremely or very sure.

Meanwhile, 18% of people believe the world hasn’t been warming in the last century, but perhaps more significantly, only 31% are extremely or very sure on this point – a decrease of 21% since 2009.

The study suggests that the public’s acceptance of climate change hangs on seeing its effects first-hand. A poll in October revealed the UK and US to be among the most sceptical countries when it comes to accepting climate science – in contrast to places like Mexico and Indonesia, where only a relative handful of respondents were found to be sceptical about it.

James Balog, star of Chasing Ice, a documentary film about the retreating of glaciers across the world that was released in UK cinemas over the weekend, recently told Blue & Green Tomorrow that seeing visual evidence of climate change was paramount in wider acceptance of the issue.

“I think there’s a strong majority that understands that climate change is real”, he said.

“People are understanding this based on the evidence of the senses and the human experience that’s going on in the world right now.

“It’s not obviously from our pictures; it’s from these extreme and violent weather events, all these odd things that keep happening and the understanding is finally getting out there that all of these things are connected to atmospheric instability – droughts, wildfires, floods, storms and the whole business.”

A separate poll by the Public Religion Research Institute last week found that more than a third of Americans attributed the recent extreme weather to “what the Bible calls the end times”.

However, somewhat reassuringly, two-thirds said that climate change was the real driver in increasing the severity of storms, wildfires and floods across the country.