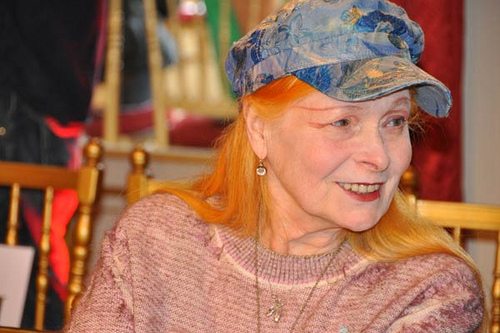 Westwood will be now act as an ambassador for the project, which allows people to use crowdfunding to engage and invest in renewable energy projects around the globe.

The organisation is now the largest of its kind in the UK after a merger with Buzzbnk, which allows investors to back social ventures.

One recent project through the platform saw investors pledge support towards multiple wind turbines across the UK, with the total aim of £1.25 million being met well ahead of schedule. A 7.25% return on this investment was expected.

Talking to the Telegraph, Westwood said, “There is no better way of saving the planet than investing in the companies and technologies that have the potential to drastically reduce carbon emissions.

“Trillions of pounds of ordinary people’s hard-earned cash currently goes to fund companies that are effectively destroying the planet without most of us even knowing about it.

“The aims of the fund are to redirect savings and investments that might otherwise go to fossil fuel companies through the hands of traditional fund managers into clean energy and other sustainable businesses instead.”

Trillion Fund will use Westwood’s investment to build its platform, with an official launch party taking place later this week on a London rooftop, to be entirely solar powered.

According to the website, “Music sounds better when it comes from the sun.”

Westwood has also recently called upon the European Union to implement an ‘ecocide law’, which makes the act of environmental destruction an official crime, holding companies and individuals responsible.