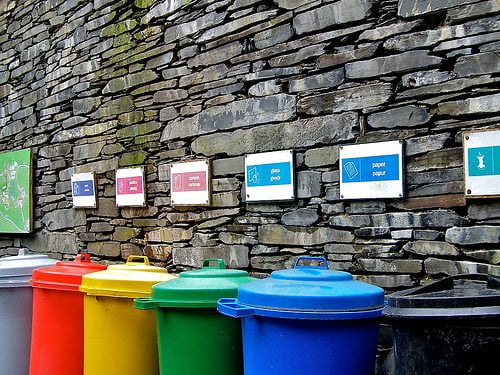 Wales has become the first nation in the UK to recycle more than half of its waste, new figures have revealed.

Alun Davies, the Welsh government minister for natural resources and food, disclosed preliminary figures on Wednesday that showed that local authorities in the country recycled 50% of their waste in the first three months of 2013. This suggests that they will successfully meet their target of 52% by the end of the year.

Davies said, “This is a real achievement and one that was born of hard work by local authorities and householder’s right across Wales. It means that Wales continues to be the top recycling nation in the UK by some distance and we should all take pride in this.

“As a government we will continue work with all local authorities in Wales to ensure their recycling rates keep on getting better.”

The figures also demonstrate that Welsh homeowners have continued to reduce the amount of household municipal waste they produce, with figures from January to March showing a 4% decrease from the same period in the previous year.

Figures for England meanwhile show that 43.6% of household waste was recycled, composted and reused in 2012. This represents only a slight increase of 0.6% from the previous year, and shows that English local authorities are lagging behind their Welsh counterparts. Two million tonnes of local authority managed waste went to landfill in England between October and December 2012.

In Scotland, the latest figures show that local authorities recycled and composted 38% of the municipal waste they managed in 2010/11. Although their recycling rates continued to grow in the five years leading up to this, the speed of the increase has slowed. Scotland aims to recycle 70% of waste by 2025.

Meanwhile, the Northern Ireland Waste Management Strategy aims to recycle 40% of waste by 2015. Statistics indicate that between 2011 and 2012, around 38% of local authority managed municipal waste was sent for recycling or composting.