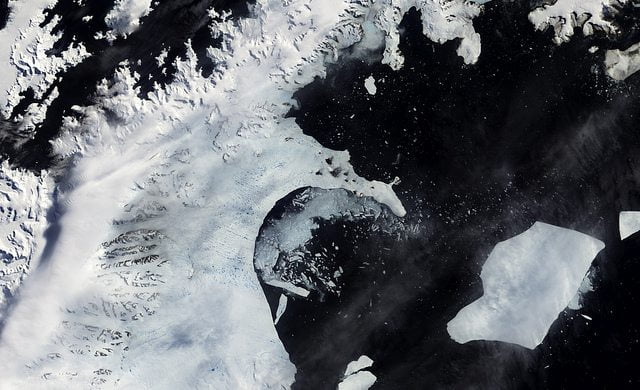 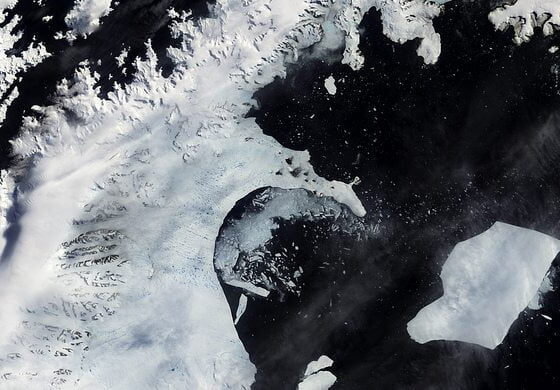 The collapse of a giant Antarctic ice shelf in 2002 was caused by rising air temperatures, according to new research.

During the Antarctic summer of 2002 Larsen-B – a 3,250 sq km section of the Larsen Ice Shelf on Antarctica’s east coast – collapsed into the sea. In just a month, a bloc of ice larger than Luxembourg disintegrated completely.

Until now, experts had been unsure what caused the loss of Larsen-B, with some suggesting it may have been weakened by warmer water below, where the ice sheet grounded on the sea bed.

However, in a new study published in the journal Science, researchers disprove this hypothesis. They found evidence that water had flowed freely beneath the ice sheet for 12,000 years – suggesting Larsen-B’s base has been stable for more than a millennium.

Instead, the paper suggests the collapse was a result of surface warming, caused when melt and rain water seeped into the deep cracks found across Larsen-B during warmer months.

Over time, this water freezes and expands, widening these cracks, in a process known as hydrofracturing. Eventually, the ice sheet could no longer take the pressure and snapped, fracturing into thousands of icebergs.

The study’s authors hope that their findings will help scientists identify when other ice sheets are at risk, using summer meltwater as an early warning sign.

Larsen-B was the second section of the Larsen Ice Shelf to collapse, after Larsen-A was lost in 1995. Some scientists believe Larsen-C may now be thinning too.

Recent studies have suggested that Antarctic ice sheets could be melting at a faster pace than previously thought, contributing to rising sea levels and posing a risk to coastal megacities, from New York to Shanghai.

Currently, Antarctica contributes less than 10% towards global sea level rise, but it is feared that manmade climate change could accelerate this ice loss.

Recently, scientists also confirmed that the collapse of the West Antarctic ice sheet has begun and is now irreversible. This alone means global sea levels will inevitably rise by up to 4 metres (13ft).