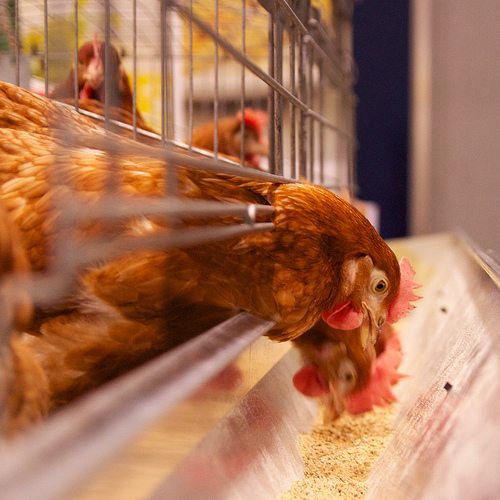 In their new book looking at the issue of cheap meat, Philip Lymbery and Isabel Oakeshott highlight why the world is heading for a major global food crisis.

Farmageddon: The True Cost of Cheap Meat is published on Thursday. It investigates the ways in which the global food industry is damaging the world, and is ultimately unsustainable.

It also highlights the gaps within the food industry across the globe. The authors suggest that animals in factories are being fed with cereals and wheat that could be instead used to feed hundreds of thousands of starving children globally. Meanwhile, bees are transported across the US in order to help pollinate plants in California, where numbers of wild insects are fast declining.

Co-author Lymbery, chief executive of the campaign group Compassion in World Farming, said, “It doesn’t have to be like this, everyone can be part of the solution.

“Governments can help improve the health of their nation and safeguard future food supplies by supporting food production that puts animals back on the farm instead of in factories.”

The book has received all-party support from MPs in the House of Commons, with the likes of Labour’s Kerry McCarthy and the Green party’s Caroline Lucas among those to have praised it.

Conservative MP Zac Goldsmith, who hosted a launch event in parliament, said, “The threat posed by factory farming to the future of our countryside is very real, as Philip and Isabel have highlighted in this exceptional book.

“It is a valuable contribution to the discussion about how we feed an ever-growing population without trashing our countryside, putting farmers out of business or jeopardising our health.”

One of the main concerns over cheap meat is that, despite strict regulation, consumers simply do not know what is in the food chain, with many citing the horsemeat scandal as a single example.