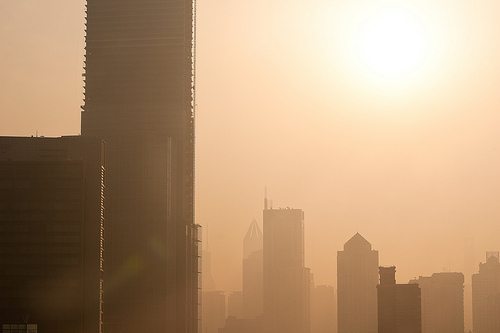 The International Agency for Research on Cancer (IARC) has classified outdoor air pollution as the most widespread environmental carcinogen.

The IARC – a World Health Organisation branch that specialises in cancer research – has reviewed scientific facts and concluded that there is sufficient evidence to argue that exposure to air pollution can cause the disease.

The agency has classified outdoor air pollution as carcinogenic and has also revealed that there is a correlation between particulate matter and the likelihood of both lung and bladder cancer.

Dr Kurt Straif from IARC said, “The air we breathe has become polluted with a mixture of cancer-causing substances. We now know that outdoor air pollution is not only a major risk to health in general, but also a leading environmental cause of cancer deaths.”

The percentage of people exposed to hazardous pollutants has increased over recent years, as some areas of the world experienced rapid industrialisation. According to data held by the IARC, 223,000 deaths from lung cancer worldwide were caused by air pollution in 2010. The organisation identified the sources of air pollution in transportation, stationary power generation, industrial and agricultural emissions, and residential heating and cooking.

IARC director Dr Christopher Wild said, “Classifying outdoor air pollution as carcinogenic to humans is an important step. There are effective ways to reduce air pollution and, given the scale of the exposure affecting people worldwide, this report should send a strong signal to the international community to take action without further delay.”

On Tuesday, a study revealed that pregnant women exposed to urban air pollution faced a greater risk of giving birth to underweight babies.