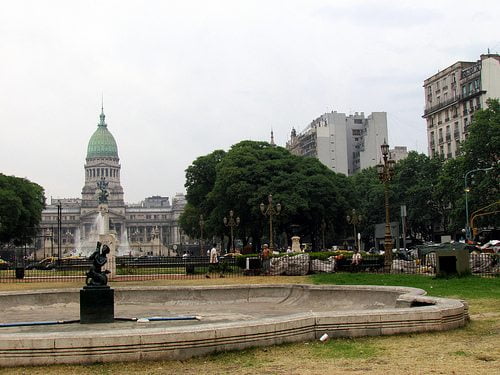 An exceptionally hot week caused the death of vulnerable people in Argentina and left the country’s capital Buenos Aires without power for days, as temperatures hit 45C in some regions.

At least seven people were reported to have died following the worst heatwave ever to hit the Latin American country.

The Argentinean government declared a state of emergency last week, as temperatures around the northern locality of Santiago del Estero reached an almost unbearable 45C.

Victims were mostly elderly who were left unable to use air conditioning. Hundreds more people have sought medical advice.

Power cuts also created some issues for residents and businesses, as they experienced a lack of electricity for more than two weeks.

People took the streets to protest against the energy blackout, burning rubbish bags and tyres and assaulting trucks belonging to the energy company Edesur.

The government has blamed energy companies for the power cuts, saying they failed to sufficiently upgrade the country’s electricity grid.

However, the companies argued that the problems arose from the transmission system being old and degraded, which can cause overloads and a collapse of electricity connections. Industry has called for fresh investment to improve the energy system.

Buenos Aires mayor Mauricio Macri told the BBC, “The main responsibility is with the federal government. The government must make sure there is an investment programme, which has not happened in the last decade.”

As Argentina welcomes the new year with hot temperatures, the Australian Bureau of Meteorology has revealed that 2013 was the hottest year on record for the country, with annual mean temperatures having been 1.2C above average nationally.

Argentinians take to the streets against Chevron