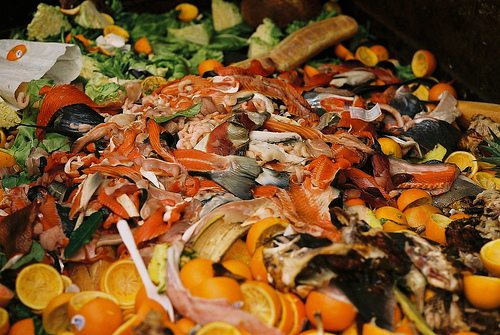 The Government aims to reduce food waste by 33 per cent by 2025, which will put Scotland on track to deliver the UN Sustainable Development Goal of halving food waste by 2050. This builds dramatically on the 5.7% reduction achieved in Scotland since 2009.

Following the launch, Iain Gulland said: “I’m delighted that the Scottish Government has set such a ground-breaking and ambitious target for food waste. We must be bold when it comes to confronting the big issues of our generation. Today’s announcement shows that once again Scotland is prepared to lead the way internationally on such issues.

“Against a back-drop of an increasing population and changing diets, food waste is one of our biggest global challenges. Reducing it will reduce carbon emissions, save our natural resources, save us money and help boost our economy. These are the benefits for reducing all waste and developing a more circular economy according to the government’s strategy.

“It will require change in the way we do things but we already have innovators leading the way. Our role at Zero Waste Scotland will be to inspire and harness the imaginative thinking and practical action that’s needed, and we look forward to working with partners to reduce all waste and become more circular.”