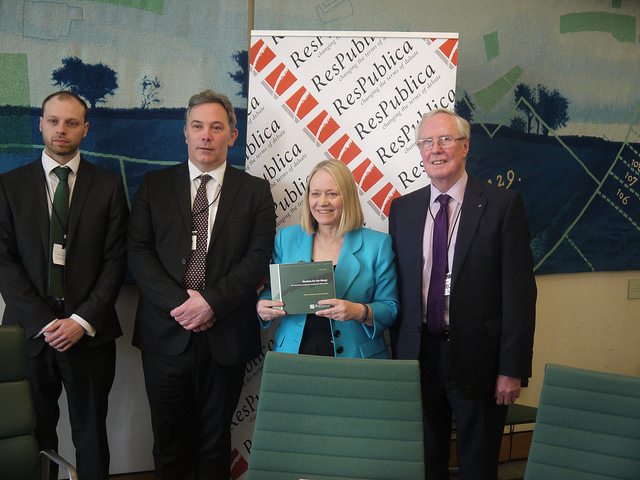 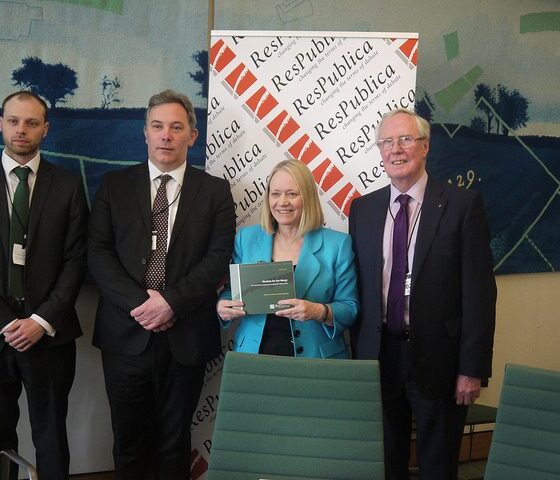 Following the 2008 financial crash, there have been calls for a radical restructuring of the economy. But just how should this new system be organised? Nicky Stubbs recently attended an event hosted by the thinktank ResPublica, where a new report was launched that sought to answer exactly that.

It wasn’t until relatively recently that the UK woke up to the bad practices and irresponsible behaviour at some of the large banks that monopolise the markets. The Royal Bank of Scotland (RBS), which according to a government review accounts for around a third of the small and medium sized enterprise (SME) lending market, was recently attacked for its part in crushing small businesses by lending as little as possible and gaining as much as possible from those assets.

The accusations were compiled into a dossier by the Department for Business, Innovation and Skills (BIS) entrepreneur-in-residence Lawrence Tomlinson and delivered to the business secretary Vince Cable. Tomlinson reports that since the publication of his report, a further 1,000 businesses have approached his office with cases of mistreatment by the RBS Global Restructuring Group (GRG), which is responsible for helping businesses out in need.

This needs to change. We can no longer have big banks with one track minds manipulating figures and statistics in the name of quarterly capitalism, and in effect, fighting off competition within business by using those businesses as shields in their own competition against other big banks.

We are seeing a financial services industry where “the heart keeps pumping but the circulatory system has collapsed”, says Jeff Prestridge, personal finance editor of the Mail on Sunday. But how do we challenge this?

The ResPublica report sets out a number of ways in which the financial institutions can be better organised in order to best serve the needs of society, business and customers. At the launch of the report, David Llewellyn, professor of money and banking at Loughborough University, set out the need for diverse business models to be allowed to operate.

“This is what we call the civic approach to finance. In many ways, the retail financial services industry has failed the consumer”, he said.

He added that one of the key problems within the industry was the lack of diversity. As such, we are seeing a monoculture, one which has developed and continues to operate on a sales model.

Llewellyn said, “Secondly, is the great benefit that can be had from diversity. We need effective competition. The way to do that is not to add more of the same model, but to have a diverse mix of business models and ownership models.”

He also said that reforming financial institutions should be based on a holistic approach. There have been proposals set out by the government to reform the banking industry in the Banking Reform Act 2013. The Labour party said that these new measures, which include further regulation on the banks in order to prevent a future crash, simply do not go far enough.

Labour’s Cathy Jamieson, shadow chief financial secretary to the Treasury, said, “Arguably, parliament has witnessed some of the most significant legislation relating to financial services reform in recent times, and I think it’s fair to say that the reforms we have seen so far are a move in the right direction [but] it doesn’t go far enough.”

She said that in order for the economy to make a real recovery, we need financial services that support small businesses, but also truly support the needs of our citizens and wider civic society. The current reforms, she added, do not promote diversity in models across the sector, instead adding a few more of the same. In order to create that, we need a more holistic approach to financial reforms in the future.

Move Your Money, the campaign for better banking, gives building societies high marks for ethics and responsibility, when compared to banks. Not only this, but they also impress in customer satisfaction and care.

The financial services industry is currently disconnected from the needs of society, whilst society is very much dependent on its survival. Wouldn’t it be wonderful if they both walked hand in hand?

We have a solution that is currently hindered by regulations that favour those who have done the global economy a great deal of damage in recent years. What we need is a level playing field so that alternative financial businesses can operate equally – before letting the consumer have the casting vote as to which is best for them.