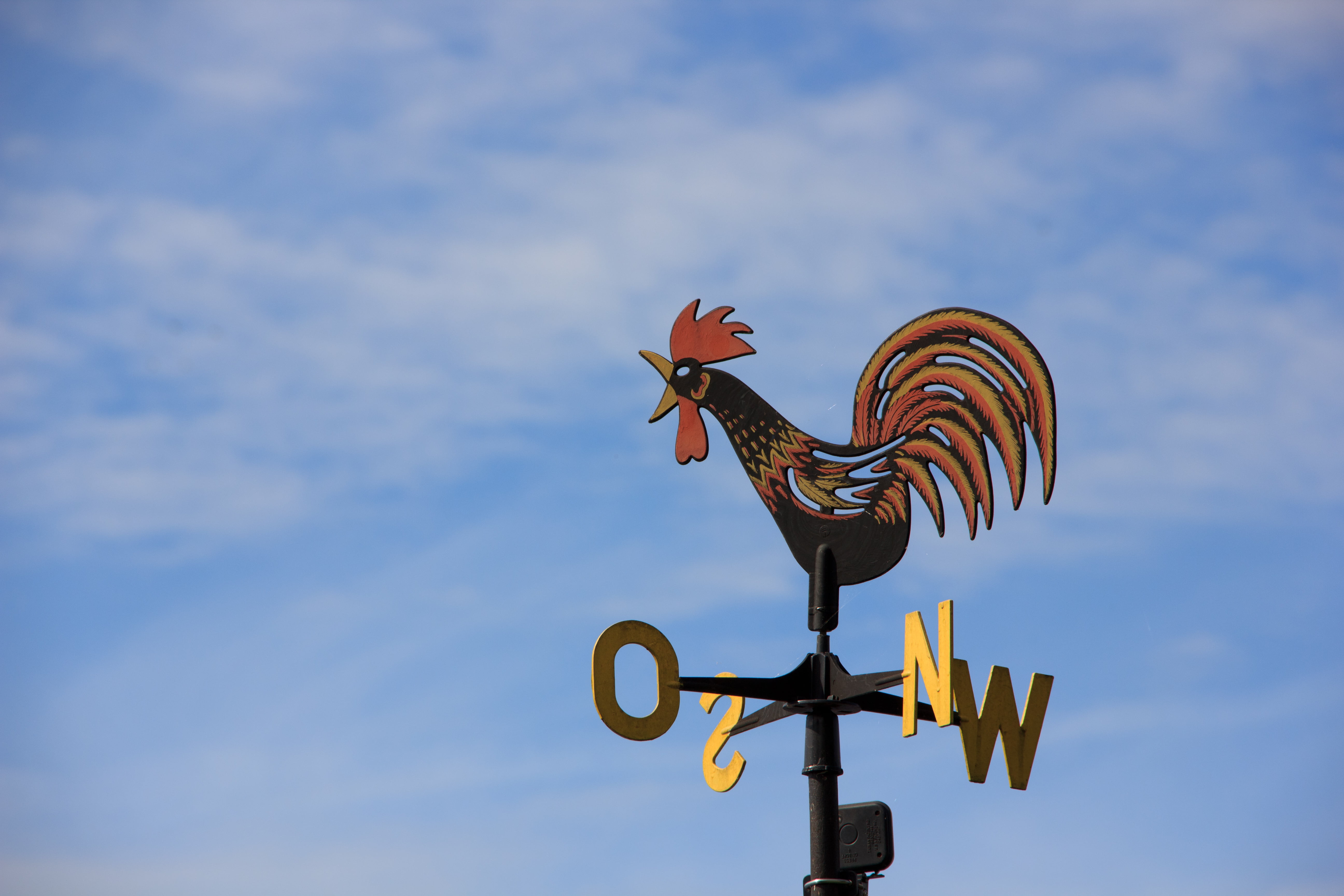 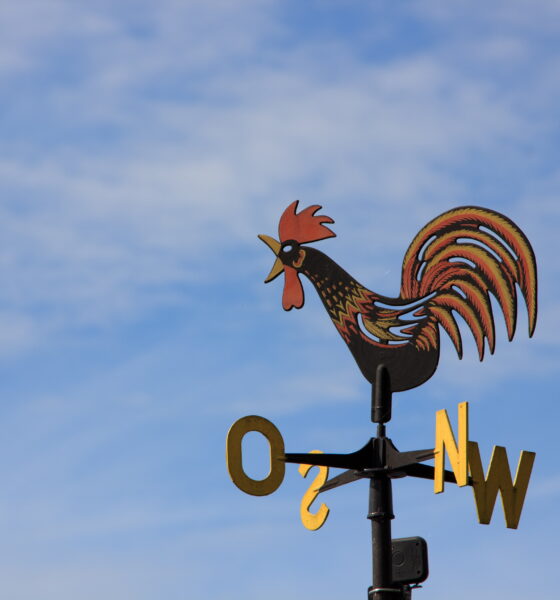 Judging by our traffic on the day, lots of people were interested in a spat between Blue & Green Tomorrow and the Investors Chronicle during National Ethical Investment Week. In an informed and balanced contribution to the debate, IC has put forward the thoughts of its resident economist, Chris Dillow.

In a piece entitled Headwinds and tailwinds for ethical investors, Chris Dillow uses an aeronautical analogy to set out the challenges for ethical investors. Taking a more balanced approach than the article that got us hot under the collar, Dillow paints a picture of headwinds that hold the ethical sector back and tailwinds that speed it on its way.

The headwinds, those holding the sector back, he describes are the ‘good’ performance of tobacco (5m deaths per year, growing to 8m by 2030) and alcohol (2.5m deaths per year, plus millions of lives blighted). Citing our mutual friend, Adam Smith, he explores the compensating advantages of different stocks. ‘Doing good’, as patronising as that sounds, may reduce your yield but it also reduces the number of deaths you’re investing in too.

The final headwind is the positive screening in of higher risk, ‘fashionable’ green technology stocks. These aren’t necessarily going to be the go-to choice of a cautious investor due to failure rate of innovative ventures.

One of the tailwinds is what economist John Kay calls obliquity: “the fact that we can often achieve one objective by focusing upon something else”. By focusing on making great products, businesses do well. By focusing on something other than profit, such as reducing the pollution and waste endemic in manufacturing and distribution, costs fall and profits can rise, or a business can become more competitive. Dillow perfectly illustrates the opposite perspective with the short-termism of profit-maximising banks and the harm that has done to the sector, economy and society.

Another tailwind is the fact that talking the sector down has probably suppressed prices meaning the canny investor can acquire stocks cheap.

The three headwinds outnumber the two tailwinds but miss the critical one that ethical investors are not screwing over the planet and its people for a percentage.

Dillow goes on to say, “During the past 10 years the FTSE4Good UK index has underperformed the All-Share index over the last 10 years, rising by 36.8% compared with 56.7%. And in the past five years, many UK ethical funds have under-performed the average all companies fund.”

Whether the FTSE4Good UK Index is the best comparator here is questionable but at least we’re comparing Granny Smiths with Golden Delicious. Investing ethically (responsibly, sustainably, thematically or impact-first) is certainly a more complicated and involved style of investment that requires research or expert advice on specific fund make-up and performance over aggregate indices.

Mark Hoskin, over at the rather excellent Worldwise Investor, points out that “UK Ethical Funds [have] outperform[ed] since Lehman’s collapse”.

The final part of Dillow’s tailwind analogy is that investment strategies wax and wane in a phenomenon called evolutionary finance, just as in evolutionary biology.

“Imagine a new source of profits is spotted – say, that ethical stocks are cheap. The strategy ‘buy ethical companies’ then multiplies, as animals do if they find a new food source. This spread of the strategy bids up share prices, to levels from which subsequent profits are low or negative – just as the increase of a species depletes the food source. This causes some of the strategies – some members of the species – to die out. But as they shrink in number, so the food/profit source replenishes itself. And the cycle can then begin again.”

Despite all this fairness, Dillow has firm doubts that the tailwinds are with ethical investors, pointing out that many funds managers are similarly sceptical. As we know from the recent history of stock markets, fund managers as a group really know what they’re doing.

Nevertheless, it’s a more useful and superior contribution to the debate.

He ends his piece with a personal final thought: “I’m sympathetic to this rejection of conventional wisdom. But let’s be clear. To be an ethical investor requires you to hold some out-of-consensus attitudes.”

Out-of-consensus attitudes are what “push the human race forward”

After our “consternation” with Dillow’s colleague, we pointed out in the subsequent Twitter spat that unless investors held “out-of-consensus views”, we’d still have slavery. This was described as a “ridiculous” point, but in fact, many comparisons can be drawn up between the two.

Lest we forget, abolishing slavery was an out-of-consensus investment perspective at the time, simply because slavery was so hugely profitable. Returns on investment can be massive when your workforce is effectively free and has a tendency to reproduce itself. It’s also relatively low risk, because you can just kill them if they cause trouble. To prove that profitable point, the East India Company was actually exempted from the Slavery Abolition Act 1833.

In the 179 years since the Act, we have almost unanimously accepted that slavery is abhorrent. In another 179 years, promoting tobacco and alcohol in developing countries that have poor public health systems to cope with the outcomes and no public health education to discourage take up, will be seen as equally abhorrent. Especially when the death and misery that results is because we want to make an extra 1.5% a year on our investments (which is the annual difference between 36.8% and 56.7% over ten years) – and only then, if we invest in generic index-linked funds rather than pick funds carefully. Is a highly debatable extra 1.5% really worth 21,000 deaths a day and rising?

It’s very likely that in another 179 years, in 2191, future generations will look back at our consensus investment attitudes today (the cavalier use of fossil fuels, ruination of the environment and exploitation of developing countries, women and children) and conclude that we really were a morally bankrupt age. They’ll probably curse us for our complete stupidity, rather than conventional wisdom, and consensus short-sightedness.

Lest we also forget, it is only those who see the business or investment consensus as imperfect, who actually deliver the innovation and growth of the future.

As the great ‘out-of consensus’ thinker Steve Jobs said, and we can’t put  it better, “Here’s to the crazy ones, the misfits, the rebels, the troublemakers, the round pegs in the square holes… the ones who see things differently — they’re not fond of rules… You can quote them, disagree with them, glorify or vilify them, but the only thing you can’t do is ignore them because they change things… they push the human race forward, and while some may see them as the crazy ones, we see genius, because the ones who are crazy enough to think that they can change the world, are the ones who do.”

To put it bluntly, unreasonable, contrarian, out-of-consensus ethical investors are more enlightened, more engaged and more responsible global citizens. We prefer and applaud this out-of-consensus group over any other group of investors, advisers or funds.