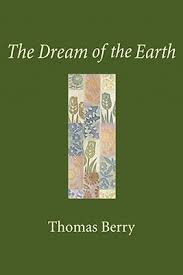 The Dream of the Earth was first published in 1988 and since then has come to be considered as a foundational volume in ecological thought. Author Thomas Berry, who was a Catholic priest, demonstrates why it is important to consider the needs of the planet both for the environment and for humans.

Berry argues that the validity of any human enterprise is the degree to which it enhances the world. A review of historical ideas, drawing on different cultures perceptions, such as native American, Japanese and Chinese, concludes that that if we and the planet are both to prosper then there needs to be a transformation in the way we think and interact with the environment.

The book considers a variety of areas, including science, technology, politics, religion and education. Whilst some topics have progressed considerably since the book was published, most notably science and technology, the theories and ideas around them remain relevant in the modern world.

The Dream of the Earth aims to provide the insights and ethical guidance to encourage a move beyond exploitation to a restorative relationship with the natural world. Berry sets out a potential path that would allow this to happen and issues a plea for readers to change their lifestyle.