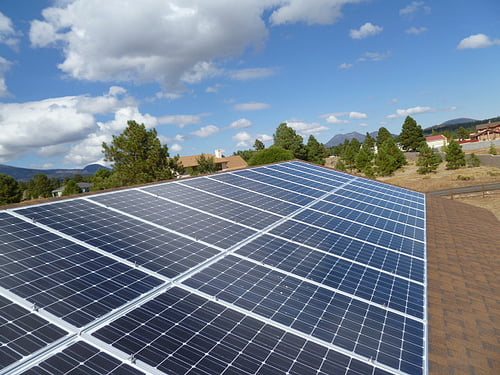 Clean or greentech encompasses a broad variety of markets and technologies focused on sustainable economic development and progress. However, more often than not, a narrow subsector of cleantech, namely renewable energy generation, grabs the most headlines.

The financial pages have been awash with solar sector stories with the feed-in tariff withdrawal and some spectacular business failures. The industry has been subjected to multiple waves of government interventions, inevitable cost pressures and the heat of intense Chinese pressure. These have seen even some mighty German cleantech companies fall – one of the early success of the venture capital (VC) backed cleantech sector, Q-cells, announced its plans to file for bankruptcy in April 2012.

Typically, VC backs new technologies on a massive scale. For example, Solyndra received an investment of over $500m, but went bust in 2011. The received wisdom is that disruptive technology needs to be rolled out at large scale to bring the unit costs down.

Generation and consumption where you live

Not only is waste produced near to population or production centres, but any recovered or recycled materials or energy can often be used by those waste producers

High competition for funding has led to a novel approach to cleantech VC company development – ‘community led cleantech’.  This is not just scaling down cleantech but rather, it develops disruptive technology while also recognising the value of existing industry, infrastructure, and the way people live.

Renewable energy is available wherever the sun shines, waves lap, or plants grow. Unsurprisingly, that also corresponds well to where people actually consume energy (where we live and drive).

Interestingly, in the UK we need twice as much heat as we do electricity, and whereas electricity is relatively easy to transport once the investment is in place, heat is much harder to move. This fits in with the small scale and local theme. The two enablers here are storage (heat and power) and intelligence on power generation and use to help us move from large centralised power stations to distributed energy sources where consumption and generation are concentrated in one place.

Beyond renewables, waste is another industry which is distributed and is ideal for a community led model. Not only is waste produced near to population or production centres, but any recovered or recycled materials or energy can often be used by those waste producers.

Nimbyism aside (which of course is a zero-sum game since waste has to go somewhere), does it really make sense to transport waste large distances with the risk of spillage and the certainty of further transport-related emissions?

Mercia Fund Management is currently working with a new waste treatment technology business which promises to revolutionise household waste and offers the potential for every household to source all its power and heat requirements from domestic waste. This of course offers enormous cost savings to local authorities.

Again, since this technology works on a household scale and uses existing large-scale cost-down production techniques, it is very capital efficient. Technology roll-out to demonstrator level will require far less capital than the same at conventional power station level which may require £100m rather than £1 million.

Molecular Solar is an example of a solar company that fits in the community led cleantech model. Based on vacuum technology that already exists in the food packaging industry, this third generation company promises a cost structure and performance features which can open up completely new distributed solar applications.

The food packaging industry is looking ways to reduce the amount of packaging employed so that household waste is reduced. The disruptive nature of the innovation is the simplicity of the technology which enables food packaging manufacturers to build solar panels with Molecular Solar technology.

This community led cleantech approach also offers enormous advantages to  Venture Capital investors. Molecular Solar is projected to reach profitability within £5 million of investment. Compare this to a £200 million typical investment in solar to build a dedicated specialised factory to subsidise early sales to gain gain economies of scale later on. The scarcity of £1 billion+ acquisitions or IPOs underscores how hard it is to make an attractive return on investment with £200 million invested. With only £5 million invested, the maths look much more plausible.

The government plays a critical role in cleantech. Costs related to emissions and pollution are borne by everyone. This classic ‘tragedy of the commons’ can be overcome by governments, regulators and tax authorities setting appropriate standards/taxes/permits and so on.

The government also has a role in stimulating innovation through publicly funded research. Occasionally, the fruits of the research can lead to the next disruptive technology company, leading to job creation and an increased tax revenues through a growing economy.

The government also recognises that the journey from research to commercial exploitation can be a risky one and offers a range of generous tax incentives, for example within the Enterprise Investment Scheme (EIS) and the recently introduced Seed EIS to emphasise extra support for early-stage ventures.

The recently announced DECC £35m energy entrepreneurs fund is a welcome addition to the sector and is targeted at filling the gap between research and exploitation at large scale. If this funding could be applied in a community led cleantech fashion, the impact would be greater. The fund also targets the built environment which again is a welcome move given the high proportion of emissions from this sector and complements the green deal and Energy Company Obligation due later in 2012.

There have been incentives for renewable energy generation and to a smaller extent heat. What is missing is an incentive for energy storage. Renewable energy must be generated when it can which does not always fit with peak demand. Again the community led model helps since demand and supply can be aggregated over many sources, but this does not completely obviate the need for storage (heat and power) to temporally shift supply and demand.

Energy storage is fertile ground for start-ups since there are many market niches to serve covering a range of power and energy levels which allows the start-up to get established and realise some scale economies. This is in contrast to renewable generation where often the only thing that matters is £/kWh.

In summary, there is a great opportunity to invest in an emerging class of community led cleantech companies as the larger more capital intensive approach falters and the funding dries up. The community led approach is particularly suited to some areas of Solar, Energy from Waste, and Energy Storage. Government incentives and targets will of course help but need to ensure their alignment with the emerging needs within community led cleantech

Andrew Oldfield is head of cleantech at Mercia Fund Management; a company that invests in a range of technology sectors including community led cleantech from its existing two funds, and is currently raising further funds to extend this activity to capitalise on the opportunity to invest in the cleantech sector.