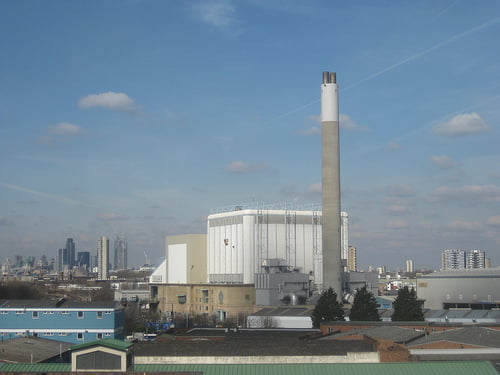 The United Kingdom Without Incineration Network (UKWIN) is working towards the illegalisation of incinerators, but why?

Picture this, you and your family are spending your summer here in the UK and like so many families, attempt to make the most of what little nice weather we have. But the air is not as clean as it could be and your child suffers from asthma. Though managing increasing amounts of household waste is a big challenge, is it wise to incinerate rubbish and introduce more pollution into society?

The number of incinerators being introduced into the UK is increasing at an alarming rate, and with dozens set to be introduced across the UK and even more plans on the horizon anti-incineration group campaigners are calling for alternative methods of waste disposal.

The human race produces many kinds of waste in ever increasing quantities. Whilst incinerators may decrease the volume of waste, they also produce pollution that is released into the atmosphere—another kind of waste, but one we can’t see.

Shlomo Dowen, national co-ordinator of UKWIN describes the scope of the movement: “We also campaign against secrecy, exaggerated projections of future waste arising and unfair incineration subsidies, not least because these tend to encourage local authorities to pursue incinerators that would otherwise not be politically feasible”.

Particulate matter (PM) is the term used for particles found in the air including dust, dirt, smoke and liquid droplets. Some of these particles can remain suspended in the air for long periods of time. Particles of less than 10 micrometres (PM10) in diameter are said to pose a health concern because they can be inhaled into the respiratory system. Particles of less than 2.5 micrometres in diameter (PM2.5), such as those released by incinerators, are believed to pose even greater health risks as they can be lodged deeply into the lungs.

Further risks posed by the introduction of incinerators are, according to Dowen, “a fall in property value, higher taxes to pay for the incinerator capacity, lower recycling rates and higher carbon footprint”.

Dowen believes that communities can act together “by working together with friends and neighbours to object to planning applications, and in contributing positively to local and national waste consultations, and of course by reducing, reusing and recycling!”

And recycling isn’t limited to current technology. Dowen says, “Material that does not rot (and that is not currently economic to recycle), such as plastic, can be stored in the ground and then mined for future use through recycling or even upcycling – where impurities are removed, resulting in a higher grade of plastic”.

Waste levels in the UK have increased significantly through the 1980s and 90s, but where was this waste going? The infographic shows the extent to which waste in the UK has been recycled since 1983 and a positive trend of total waste reduction in the last five years. But even more can be achieved through the maxim of reduce, reuse, recycle… repeat.

The debate surrounding the use of incinerators has long been at the forefront of sustainable living and a number of local campaign groups are combating the issue. The Farmers Campaign, based in the picturesque county of Norfolk, are trying to assist Norfolk County Council in reducing its reliance on landfill without resorting to incineration.

Mike Knights, co-ordinator of Farmers Campaign said, “There are proven technologies, better than incineration. We support the democratically expressed wishes of West Norfolk’s residents who do not want an inferior solution imposed on their community.

“The local population would have to live with the consequences and therefore deserve a say in which solution is used. The impacts on environment, health, transport and the local economy make incineration unacceptable.”

At the core of the Farmers Campaign sit highly qualified scientists and professionals who are examining the issues and exposing the suggestions to justify the proposed incinerator. “It is our objective that Norfolk’s waste is treated in the safest and most environmentally friendly and responsible manner, which minimise its impact on people’s health and the environment,” added Knights.

Public debates with the County Council and the developer resulted in the onlookers overwhelmingly rejecting incineration. “Due to the strength of our arguments, we gained popular support leading to an official ballot of more than 100,000 voters across the whole of West Norfolk in a turn out exceeded 60%,” said Knights. In the official ballot, which was overseen by the Association of Electoral Administrators, 65,000 voters (92%) said “no” to incineration.

Richard Burton, managing director of Burton Environmental Consulting has leant his support to the campaign.

The US, in 1997, passed rigorous new laws requiring coal-fired power stations and incinerators to measure PM2.5 continually. You have to question why the UK hasn’t followed suit?