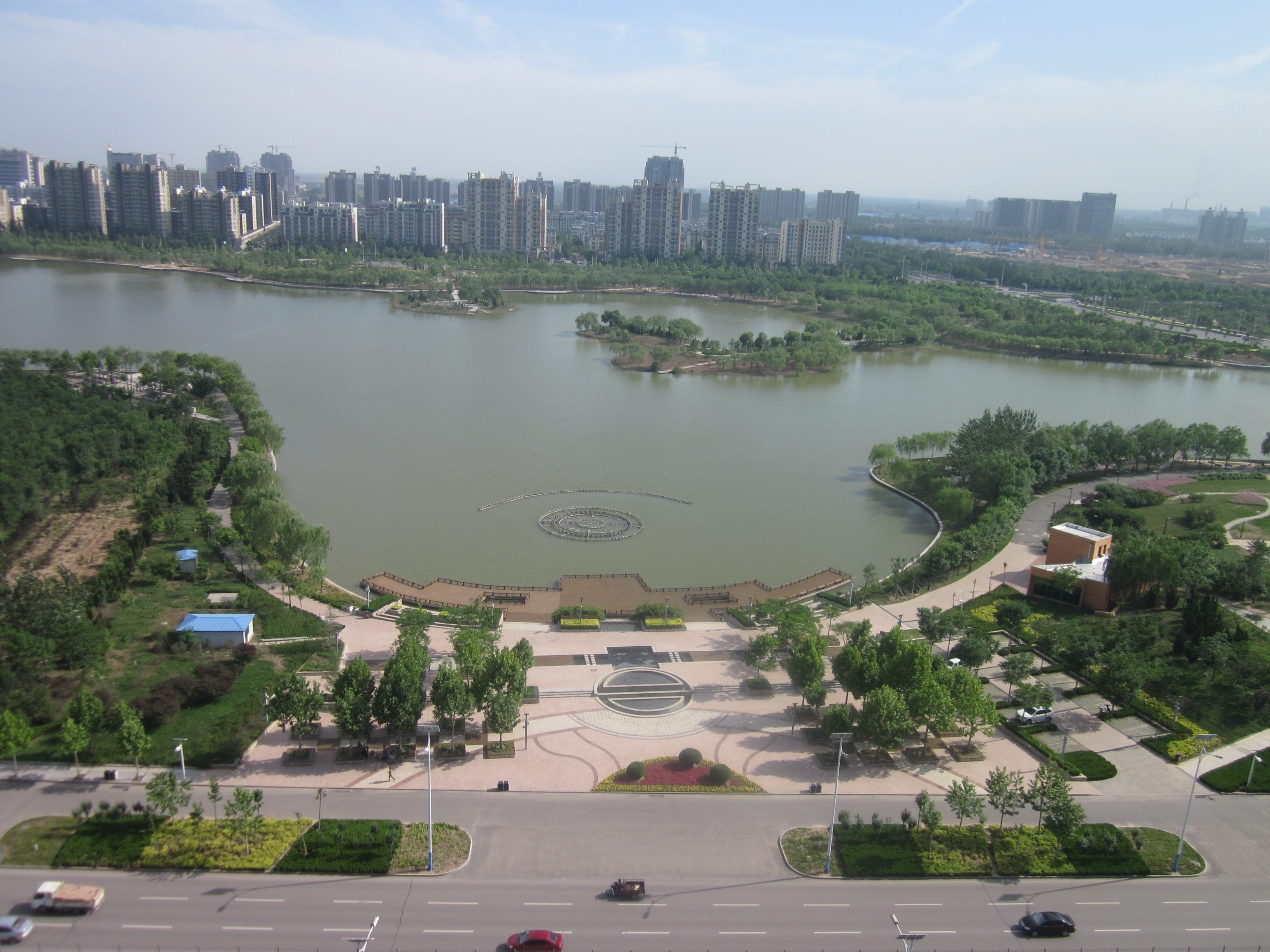 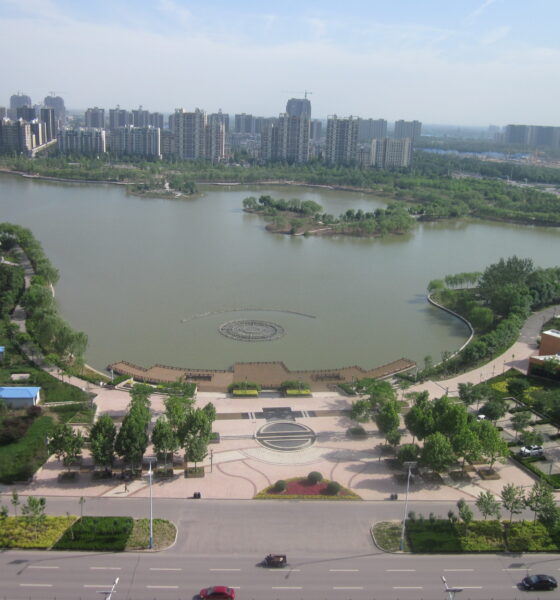 I recently spent a day in Dezhou, one of China’s famed ‘solar cities’. As a bright and cheery advertisement explained, “Just like the Silicon Valley, this is the Solar Valley.”

The ad was remarkable for several reasons. First, China’s economic development plan of copying hallmark western institutions was essentially nicely summarised in that simple slogan. Second, the peppy poster instilled in me images of an entire city feeding itself off solar electricity. Strangely, by the end of the day, I felt that my expectations were mostly satisfied.

I guess if you were to ask me what I’d expected before my arrival in Dezhou, I would have shrugged and muttered something about a solar theme park. The images from the flashy website and brochure suggested a playground for solar enthusiasts; a place where, for one moment, we could glimpse the city of the future with an entire infrastructure powered by the sun. Dezhou was not this city exactly, but it was close enough and certainly a pleasant place to go.

The Dezhou adventure started out awkwardly but earnestly. It was clear the staff at the solar city had not had any foreign visitors in quite a while by the way they shuffled around nervously, anxious to help any way they could. However, their hard labour to be the most hospitable was very much appreciated.

The day before, we had contacted our tour guide Laura to confirm that she could show us all around the Solar Valley. She met us at 9am in lobby of the Himin Solar office building and hotel. Himin, the primary owner of Solar Valley, is also a huge leader in solar thermal water heaters – the main technology we were shown.

We toured the lobby to see displays of different solar products; from a solar barbecue to a standard solar thermal water heater. We then looked at a diorama that I’m sure was a big hit with Chinese investors. It showed the planned large campus of present and future buildings to come.

The main entrance will be flanked by a tall solar archway and wind turbines, and the main building should be the largest completely solar powered office building in the world. There are also plans to build housing for students who are seeking training on how to manufacture and operate Himin solar products, and several model homes will be built to showcase solar integration. It’s a very large Solar Valley indeed, but then again being impressively large is I’m sure part of the plan.

We then got into a car and were driven to a group of state-of-the-art solar integrated condominiums. These buildings were like every other brand new condominium you see all over China but with solar panels and water heaters attached to their roofs. There were very few people actually living there, but our tour guide insisted the condo would fill up with tenants very soon. 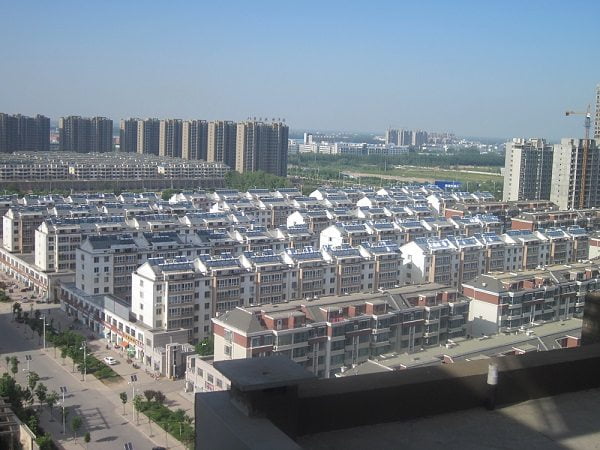 After some lunch and some rest, the tour resumed. We entered the factory where Himin manufactures solar thermal water heaters. You can see solar water heaters everywhere in the country, so it was interesting to see the manufacturing process.

We explored the roof of the factory and examined the different solar arrays. There are the silicon photovoltaic (PV) panels that the average person imagines when solar power is mentioned, as well as solar thermal water heaters that use solar power to heat your household’s water.

Himin has also actually found a way to convert the thermal energy (heat) to electricity. We also saw concentrated solar panels where the light is directed to one, highly efficient solar cell, reminding us that concentrated solar was developed to lower production costs of PV.

The tour finished with a leisurely walk through the strange but pleasant solar park. The park had been the site of an international competition of architects that chose an element (earth, wind, fire, water) as a theme around which to build their solar homes. The park made for some unique views.

I appreciated the day because we learned more about what alternative energy purveyors in China can do to attract investors and enthusiasts. Laura was an excellent guide; candid and easygoing, with a host of information to share about Himin’s technology, the campus, and the ups and downs of solar industry in general.

It was good. Great. Fine. I guess my real issue is the very premise of a large Solar Valley. When trying to motivate public investment for a new idea, I suppose it is wise to have demonstrative area, to give a tangible image of what a solar future might look like. I don’t have any problem with that.

My contention lies with the size and scale of the Solar Valley. China is attracted to big productions, as demonstrated by the country’s ever-growing collection of sprawling shopping malls and wind farms. The issue of sustainability becomes confused when companies set out to build something big and brand new; a Solar Valley with 44 buildings, for example, or a brand new ‘eco city’ like that constructed in Tianjin.

One of the most important parts of resiliency is understanding that our buildings and our very way of life need to be scaled down and decentralised to cope with a hotter and more erratic climate. When we spread the risk to deal with unforeseen events, we are that much more able to handle crises.

Unfortunately, we live in a time in which consolidation is efficient and profitable. We see this consolidation everyday with our food production, banking and media, to name just a few examples. The more you stack your chips on one number, the higher your risk will be when you lose. The banking crisis is an excellent example of what happens when consolidation fails: it fails big time.

So, after touring the Solar Valley, I couldn’t help thinking that despite Himin’s laudable goal, the means of achieving that end might be flawed. Building an area that will exemplify clean energy, green design and sustainable agriculture is a great idea – but I dislike that these demonstrative sites must be huge, out of the way ‘solar cities’.

I would think that an easier example to showcase solar power for the public would be to make a solar house in every major neighbourhood in Beijing or Shanghai, or display an ecological garden or food forest in a local public park.

The Solar Valley stops becoming sustainable when folks have to drive or take a train for several hours to observe all of its glory. Across the world, individuals and communities are working to live more sustainably, and they are doing that, first and foremost, by acting locally.

Ted Swagerty is currently travelling through Asia, the Middle East and Europe, and writing about the steady emergence of small-scale renewable energy and alternative agriculture.