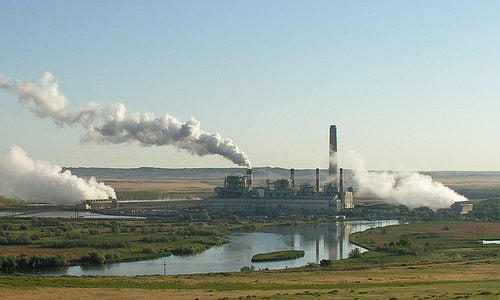 It is hard, if not impossible, to image whether the most important inventions of modern history and the Industrial Revolution itself would have happened without the large-scale use of coal.

This fossil fuel – an energy source formed by natural processes like gas and oil – has remarkably influenced human history and especially the history of Britain, at least from 1700, when it was successfully mined all over the country.

In 2006, according to statistics by the International Energy Agency (IEA), the UK’s carbon dioxide emissions derived from coal were the third largest in Europe, after Germany and Poland. With an abundance of less polluting energy sources at our disposal, it is easy to come to conclusion that coal is an old-fashioned way to produce electricity.

Nowadays, most of the coal spots previously mined in England are exhausted. Nevertheless, it is still used heavily as fuel in many countries, especially in Asia. In 2011 China was the world’s leading coal consumer, followed by the US and India.

Even though its production has slightly declined over the years, as other fossil fuels like natural gas and oil became more easily available and convenient, coal’s existence and dirty heritage is something we still have to deal with.

It is not only a black rock: it’s mercury, arsenic and selenium. Every time we burn coal, we release these substances in the atmosphere. Every time we do that, someone gets sick, causing health costs. Ash pollutes the air, land and water.

The World Health Organisation in 2008 revealed that coal kills more people than any other energy source – far more than nuclear energy. This is something that campaign group Greenpeace has recently outlined in a report named Silent Killer.

“Breathing should not be life threatening. Children should not get asthma or suffer development problems from the air they breathe while playing”, wrote Kumi Naidoo, executive director of Greenpeace International in the report.

“Of the fundamental rights in this world, being able to breathe clean, fresh air should be one of the most important. Apparently, it isn’t to governments and energy producers in Europe.”

According to Greenpeace, “Coal-fired power plants are among the worst sources of toxic air pollutants in the EU and globally”.

It said that despite coal being a danger to health and responsible for thousands of premature deaths, more than 50 new power plants are set to be developed in Europe, which would threaten 32,000 lives because of the pollutants released into the atmosphere.

“This loss of life is entirely unnecessary, as renewable energy and the latest cutting-edge energy efficiency solutions enable us to keep Europe’s lights on without a single new coal-fired power plant, and to start phasing out all existing coal in Europe’s power generation”, Greenpeace stated.

“Coal burning also needs to be reduced rapidly, to stem the catastrophic impacts of climate change. In order to achieve this, European governments need to set targets for green energy that ensure coal can be phased out.”

However, speaking to Blue & Green Tomorrow, senior lecturer at the Lincoln School of Engineering Giorgio Locatelli, said, “We shouldn’t confuse the fuel – coal – with its technology. Coal-fired power plants are not all the same. They are all polluting of course, but significant differences exist between them, between for instance old plants, which are generally more polluting, and new ones, which have a minor impact.

“There is clean coal technology, which diminishes the risks of cancer and acid rain, and integrated gasification combined cycle (IGCC) where coal is gasified to remove toxic substances and burnt. It has less impact on human health and the environment, but it produces CO2, therefore it doesn’t represent a solution to global warming.”

Nuclear energy is not without controversies about its cost, waste and unpredictability and it is hard to say if it could actually represent the solution to the quest for a low-carbon source of energy.

But one thing is sure: burning increasingly expensive, finite fossil fuels, which pollute the planet and put people’s life in danger, should no longer be considered acceptable. And ageing coal plants, which played a critical role in igniting the Industrial Revolution, are arguably the worst of the lot.