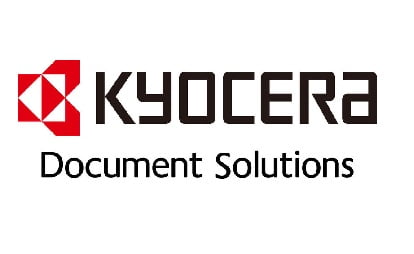 ‘Corporate social responsibility is an attitude of mind’

On April 15, an event in London will question whether corporate social responsibility (CSR) has reached its sell-by date.

Hosted and produced by Responsible 100, Be Inspired Films and Kyocera Document Solutions, the interactive panel discussion forms part of Business in the Community’s Responsible Business Week 2013.

Blue & Green Tomorrow was able to pose a handful of questions to each of the panellists set to speak at the event, and first up is Tracey Rawling Church, head of CSR at Kyocera – one of the UK’s leading printer manufacturers, and also a well-known advocate of CSR.

What does ‘corporate social responsibility’ mean to you?

Kyocera’s corporate philosophy has it its heart the intention to “do the right thing as a human being”. This for me encompasses the concept of corporate social responsibility – it’s basically about the company having a moral compass.

So to me, it doesn’t mean philanthropy or tactical interventions that are disconnected from the core business. CSR is an attitude of mind, not an activity programme.

It’s the business equivalent of the Hippocratic Oath – “first do no harm”.

Can you explain the difference, if any, between responsible business and corporate social responsibility?

I don’t see a difference – they are different terms for the same basic concept. But if you asked 10 businesspeople what they mean, you’d probably get 10 different answers!

How widespread/mainstream is corporate social responsibility, in the sense you describe, and do you have any best-in-class examples?

In that sense, it’s certainly not mainstream. There are a very few companies that cover all the bases well, but a great deal more that are doing well in some areas and keen to keep improving.

In modern terms, Anita Roddick was the grandmother of CSR and there are great things happening at places like Patagonia and Innocent.

I’m far more impressed by companies that quietly get on with embedding social and environmental stewardship across their entire strategy than by showy projects!

Without stealing the event’s thunder, has corporate social responsibility passed its sell-by date? And why do you say that?

The superficial CSR programmes that get painted on like a kind of ethical offsetting have certainly passed their sell-by date.

Consumers and investors aren’t fooled and there’s a crisis of trust in brands – and indeed entire industry sectors – that calls for a more fundamental intervention.

Embedded CSR isn’t a new concept – half a century ago Peter Drucker defined the purpose of business as social contribution and profit as its reward for fulfilling that purpose – but the profit imperative has grown out of all proportion. We need to rebalance business.

What will corporate social responsibility look like in 10 years’ time?

I’d like to think it will have become the norm for businesses to pay equal attention to the triple bottom line, although that’s probably naïve.

For good CSR to become mainstream, it has to be valued by customers. Policy levers like mandatory carbon reporting and the Social Value Act can move us so far, but market forces will always win.

We don’t just need better informed consumers, we also need values match to be part of the sales conversation.

See here for more information on the CSR event.