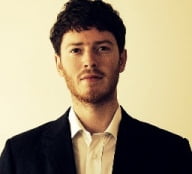 In the mid-90s, City analyst and fund manager Michael Gill came up with an idea to score companies based on their environmental performance – an environmental tracking index to mimic the FTSE 100.

The result – the Environmental Investment Organisation (EIO) – was launched in 1996, but the environmental tracking project was dormant until 2010, when his son Sam (pictured), a French graduate who had just completed an internship at Google, came on board.

By this time, organisations like the Carbon Disclosure Project had already brought the issue of transparency into the mainstream agenda, and with that, had created an EIO-like gap in the market.

The EIO’s market mechanism, environmental tracking, is designed to incentivise the world’s largest companies to improve their transparency and lower their emissions. It compiles this data into a set of carbon rankings.

The organisation plans to translate these rankings into a series of financial indices, mimicking the FTSE 100 or the S&P 500 – the difference being is that it is reweighting companies, allocating them more or less capital depending on their performance in the carbon ranking.

Ahead of the release of the EIO’s rankings for the UK, Europe, North America and the world tomorrow, Alex Blackburne caught up with chief executive Sam Gill.

What are your main drivers for doing this? What is the problem that you’re trying to solve?

I think there are a few problems. The primary one would be climate change. Quite a few people out there – including some of the world’s leading scientists – would argue that this is potentially the greatest threat that our civilisation faces.

Personally, the idea of a weather system that is just completely inhospitable and uninhabitable genuinely frightens me. So I think doing something about climate change is very much a key driver.

The problem that we’re witnessing now with the various international governmental negotiations is that countries are all trying to defend their own interests, and we’re not perhaps getting the kind of agreement that we’d like to see.

So juxtaposed with the science which is saying that we need to take action right now, we’re left wondering where can we exert the most pressure the fastest in order to tackle this problem.

There’s no other organisation that I’ve come across that does a global, all-encompassing, fully transparent carbon ranking – let alone one that is actually designed to try and encourage companies to do better

And that, for me, really leads to the financial system as an all-powerful, global network that actually can influence people’s behaviour. The question is how can we tap into that power? This is precisely the question the EIO seeks to address.

Describe what the EIO does.

We basically categorise a company by asking firstly whether there is any public and freely available greenhouse gas emissions data. If there is some data, is it complete or incomplete?

The idea is to give all these companies a reason to be constantly doing better each year, so they move up or down relative to their peers. Hopefully, the better known the ranking becomes, the more likely the ranking will create a PR pressure.

If it becomes as well-known as the Forbes list, then perhaps the company at the bottom doesn’t want to be there anymore, and the company at the top wants to celebrate it. We’ve had quite a few companies already start to use the publicity in their annual reports and on their websites, so we are starting to see its influence grow.

What is environmental tracking?

In the rankings, our selection process takes the largest companies within a particular region based on their market value. And fairly simply, we’re reweighting these companies – half of them positively, and half of them negatively, according to where they feature in the carbon ranking.

So just by way of example, if you’ve got a 100 company ranking, the company that comes top of our carbon ranking is going to get a 50% positive reweight relative to the weighting it would have had in a normal index like the FTSE 100, and the second company would get a 49% reweight, and so on.

At the other end of the scale, it would be minus 50%, minus 49% and so on. The idea is that by doing this, you’re more or less mimicking the performance of the conventional index, but still giving all these companies a big enough incentive to change their behaviour.

Who else does what do you? And how do you differ from the likes of the Carbon Disclosure Project?

I think it’s fair to say that there is nobody in the industry as far as I know that is doing exactly what we do. There’s no other organisation that I’ve come across that does a global, all-encompassing, fully transparent carbon ranking – let alone one that is actually designed to try and encourage companies to do better.

Certainly, the Carbon Disclosure Project has really pushed the disclosure agenda over the last 10 years, and a lot of the disclosure that goes on can probably be attributed to their efforts.

Each year it sends out questionnaires to thousands of the world’s biggest companies, asking them to answer questions on their carbon emissions and their strategy in terms of addressing climate change. Rather than sending a questionnaire, we base our information exclusively on what is in the public domain, and that is freely available.

One of the issues with an organisation like the Carbon Disclosure Project is that once companies disclose their information to it, that database is then its property, and not everybody can access it without gaining permission or paying a fee. We are very much trying to encourage companies to just put this information in the public domain in a clear and transparent way.

Should an ethical investor have holdings in polluting companies, as opposed to just investing in companies that don’t pollute?

In many ways, the EIO idea of this mainstream index has kind of been born out of the socially responsible investment landscape over the last 20 years.

Going back to my father’s original conception of the idea, back in the 90s, the main sustainable and responsible investment (SRI) funds were very much of the mindset, “OK, here’s a bunch of good stocks that you can go and invest in”. Or they were going to exclude the bad guys from your portfolios.

And the problem is that they haven’t been able to appeal to enough people to actually bring about significant change as a result.

If you think about UK pension funds for example, which is arguably where all the money is in terms of money that can move in unison and therefore pack a real punch, there’s incredible exposure to big oil companies like BP or Shell. 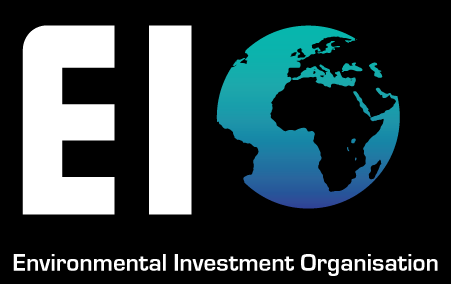 So the question that we’ve asked ourselves in coming up with this mechanism is: how do you get those guys on board that’s as close to what they’re doing already, but that still has an environmental upside to it? That’s why including all the companies is the way to go for us.

What’s the overall aim of the EIO and how far do you think it can go?

The overall aim would be to have a sufficient amount of money tracking one or more of our environmental tracking indexes, such that it translates into a pressure for companies to change their behaviour.

That can either be that we end up with 1% of the index market, or we end up with 0.1%. Equally, it could be that just one or two big investors following our index is enough to demonstrate the concept’s potential, and in turn create enough pressure to influence behaviour. Only time will tell.

CDP to question 5,000 firms on carbon and climate commitments