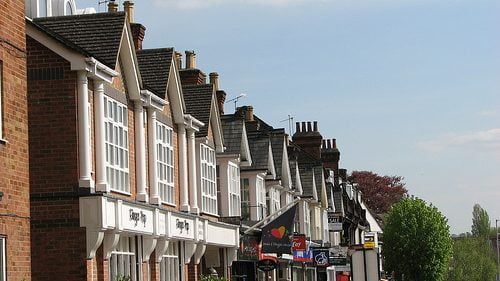 Next under the sustainability microscope is the fourth richest small town in Britain, as ranked by consultancy firm WealthInsight: Beaconsfield. A market town located 23 miles north-west of London, around 500 of its 12,000 inhabitants are millionaires.

Beaconsfield, in Buckinghamshire, was ranked Britain’s richest town in 2008 by the Daily Telegraph. Average house prices are said to be almost £700,000.

Due to its proximity to London, property values are very high. The Telegraph wrote, “The average house price was calculated to be 14 times the average income.”

Beaconsfield is home to Beaconsfield Studios and the National Film and Television School, where Terry Pratchett, author of the Discworld series, grew up and studied.

Buckinghamshire county council has worked with the Carbon Trust to reduce its impact on energy use, and says it has invested in energy efficiency, achieving £8m worth of savings in the process.

The council has also installed five solar PV systems that “are calculated to generate over £300,000 in feed-in tariff income over 25 years and save over £90,000 in electricity savings over 25 years.”

If you live in Beaconsfield and are interested in ethical investment, read The Guide to Sustainable Investment 2013 for more information, and The Guide to Ethical Financial Advice 2013 to find a specialist ethical financial adviser near you.