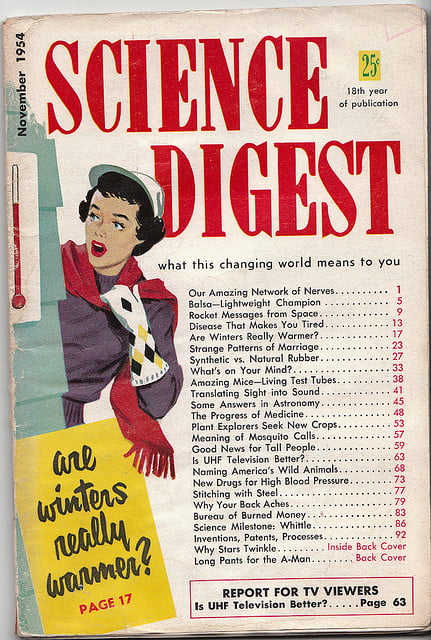 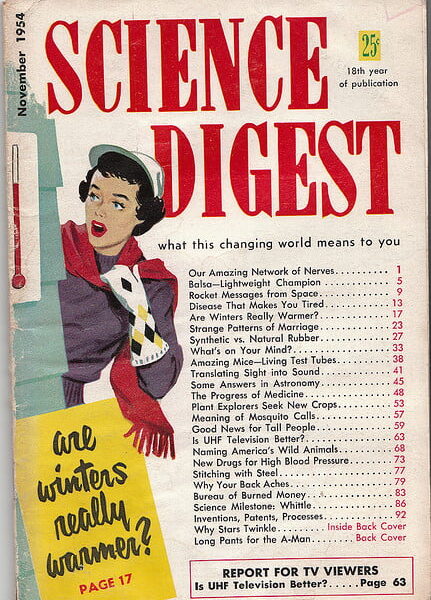 A lot of people have fallen into believing that climate change is an issue raised in the very latter part of the 20th century. In fact, climate change has been well known by scientists and been in the public domain for over 189 years.

Climate change is a term that those living in the 21st century have become very familiar with. Covered in many news headlines, often in stark for or against terms, readers, listeners and viewers has been constantly reminded about the growing concern of climate change, its causes and consequences.

With a growing body of recent research and public attention it has lead many thinking that human-caused (anthropogenic) climate change is a relatively new discovery. With entrepreneurs, conservationists, climate scientists and some politicians promoting solutions, many feel that we are on the road to finding one.

But this is not necessarily the case.

Climate change has actually been in the public domain for over 189 years, dating back to as early as 1824. Today’s research which exposes the effects of human actions on the environment  has found similar results to those of the 1820’s and 1950’s. This issue has been talked about endlessly for decades and virtually nothing significant has been done.

The first to reveal climate change to the general pubic was the French physicist Joseph Fourier. Describing the Earth’s natural ‘greenhouse effect’, back in 1824, he wrote “The temperature [of the Earth] can be augmented by the interposition of the atmosphere, because heat in the state of light finds less resistance in penetrating the air, than in re-passing into the air when converted into non-luminous heat.”

The exploration of climate change was further enhanced in 1900 by Knut Angstrom, who discovered that tiny concentrations of carbon dioxide in the atmosphere absorbed parts of the infrared spectrum. This backed up Tyndall’s work on how the build up of green house gases produced warming.

The 1930’s saw British engineer Guy Callender finding a link between raising temperatures and carbon dioxide concentrations over the same period. His “Callendar effect” theory, which suggested increased concentrations caused by warming, was largely opposed by meteorologists at the time.

During 1955, US researcher Gilber Plass analysed the infrared absorption of various gases, and found that doubling carbon dioxide emissions would raise temperatures by 3-4C.

Within the same year, Hans Suess’s carbon-14 isotope analyses found that carbon dioxide released from fossil fuels was not immediately absorbed by the ocean as many had assumed. This was further investigated in 1957 when Rodger Revelle, US oceanographer, better understood the chemistry of the ocean, realising that its surface had limited ability to absorb carbon dioxide.

The film entitled “The Unchained Goddess” starred Dr. Frank C Baxter, an English professor at the University of Southern California. The film states that “man may be unwittingly changing the world’s climate through the waste products of his civilization.

Giving an example of how the melting ice caps as a result of global warming would leave tourists sailing glass bottom boats on the remains of the Mississippi valley, was one analogy the film used to address climate change within classrooms.

If the message has failed to get across over the last two centuries then how do we stand a chance today? Climate sceptics are on the loose, manipulating statistics and creating myths about climate change to keep us hooked on unsustainable practices and resources to continue making their own unsustainable investments flourish.

Meanwhile, with climate change being removed from the UK’s national curriculum, we are further preventing future generations from understanding the impacts of our actions.

How many more studies need to pass unnoticed despite its common ground with results from 189 years ago? Will it really take a series of huge disasters that directly affects developed nations’ security to make us realise how vulnerable we are to climate change?

Detaching ourselves from, and ignoring our impact on our environment is the greatest threat to humanity.

Maybe it is time we start taking notice?