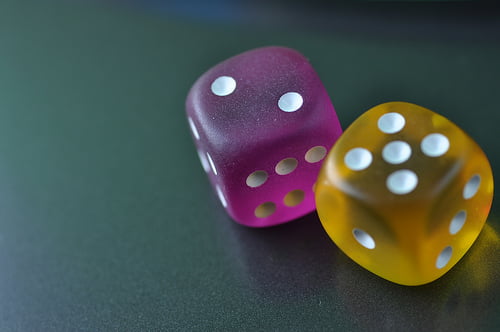 In seven days, the US elects a new president, but more importantly…

Our Sponsume campaign ends. In the final countdown to the campaign deadline on Bonfire night and our two-year anniversary, Simon Leadbetter explores a relevant theme. Today, it’s lucky number seven.

Seven is a natural and prime number, following six and preceding eight. It’s a highly significant and recurring number historically and culturally. Sunday school taught us that it was the period of creation and that there are seven deadly sins (lust, gluttony, greed, sloth, wrath, envy and pride), which some have taken as a good recipe for an exceptional Saturday night out.

We will. There are seven chakras, in various eastern traditions. It is the number of heavens and hells in Islamic teaching and the number of vices. There were seven kings and seven emperors over the seven hills of Rome.

And Snow White knew this number of dwarves. Can you name them all? More importantly, our greatest playwright, William Shakespeare, explored his theory of the seven ages of man in As You Like It – infancy (mewling and puking), childhood (whining), lover (sighing like a furnace), soldier (full of strange oaths), justice (full of wise saws), old age (the lean and slipper’d pantaloon), extreme old age (Sans teeth, sans eyes, sans taste, sans everything).

It’s the number of objects in the solar system visible to the naked eye (Sun, Moon, Mars, Mercury, Jupiter, Venus, and Saturn).

On a more mundane level, it was a pretty awesome film with Brad Pitt, Morgan Freeman and Kevin Spacey, exploring the aforementioned deadly sins. It’s shaken but not stirred as James Bond’s secret agency number. There are seven days in a week, but most people seem to like just two. Humanity is pretty heptophile when it comes to numbers.

So, we have seven days left to raise as much money as we can to write and design our reports. Most importantly, we want to send them to as many people as possible to encourage them to invest more sustainably. Twenty-four very generous people have dug deep and backed us and we need just a few more – seven maybe.  £10 means we can send our reports to an additional 500 high net-worth investors and maybe, just maybe, start the conversation about sustainable investment.

There are lots of lovely rewards on offer, not least the deep knowledge that you’re doing some good. But, who would not want a limited edition of the award-winning Ben Willers information graphics. These will be worth a small fortune, especially in such limited numbers, in a few years’ time, so giving to the cause will be a smart investment too.