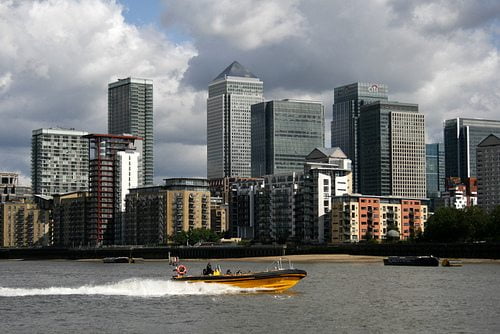 Banks and investment funds are becoming involved in crowdfunding as the sector grows in scale and popularity. Should we welcome the recognition and money this brings? And what must we do to make sure the crowd remains at the centre of crowdfunding?

Crowdfunding has come a long way in a short time. Since it was first used by rock band Marillion in 1997 to aggregate donations from fans to fund a new album and tour, it has evolved into a serious industry at the forefront of financial innovation, offering ordinary people opportunities to directly invest in the real economy.

The number of online crowdfunding and peer-to-peer platforms, and the variety of investment products, has proliferated over the last few years. Depending on your motivations and desired risk profile, you can now lend to established businesses, buy debentures in renewable energy projects, or buy shares in start-ups, to name just a few of the options.

The industry is also becoming regulated around the world, adding to its credibility. In the UK, some platforms like Abundance are already authorised by the Financial Conduct Authority (FCA), and more widespread regulation is planned for 2014.

At the same time, because crowdfunding and peer-to-peer finance have demonstrated their ability to deliver against key political and economic drivers like small businesses finance, they are increasingly being promoted by government. Last year, business secretary Vince Cable announced £100m of government money would be lent to businesses through Funding Circle and Zopa.

Whilst it’s important to stress such investments are not risk free (Abundance debentures, for example, are long-term investments. You may not get back all of your original capital, and returns are variable), we now know that crowdfunding works, we know it’s popular, and we know it finances useful things. However despite these successes, the amounts raised to date through crowdfunding (£1.7 billion globally in 2012) are small compared to established financial institutions.

So the central question remains whether crowdfunding and peer-to-peer finance can move beyond a niche and break into the mainstream. Or put another way, can they raise nationally significant amounts of investment for our economy in a way which fundamentally differs from the status quo?

This is the context in which a number of big banks and investment funds have recently shown interest in the industry. They bring with them the potential to scale finance up to another level, but also represent challenges to the ethos of that underpins these types of alternative finance.

There are a number of ways big financial institutions are teaming up with crowdfunding and peer-to-peer platforms.

One way is to buy stakes in the platforms themselves. This has already happened with the Volantis hedge fund taking a minority stake in FundtheGap. Another is to lend and invest through platforms and benefit from the often competitive returns. Recently it was reported that retail investment fund Exchange Associates plans to raise £200m to do just this. Finally, strategic partnerships are being explored. For example Santander and Funding Circle are considering an arrangement whereby the bank refers businesses to the platform whilst also making a financial contribution.

Some in the industry have expressed concern about the entry of big finance.

This is principally because the rise of crowdfunding and peer-to-peer finance are frequently understood as a response to the credit crunch and the public disillusionment with big banks that followed the events of 2007-08. According to Stuart Law of peer-to-peer platform Assetz Capital, “independence and a clean break from the greedy banks has been a central pillar of the alternative finance market”. Thus, partnerships such as that proposed between Funding Circle and Santander mean that “we’re in danger of losing all the work that’s been done”, he says.

Another concern is that the intrinsically democratic character of the industry could be undermined. If the primary focus were to become funnelling large amounts of bank and investment fund capital, the direct link between individuals and what their money does on their behalf would be lost. This could be exacerbated if platforms in turn had less incentive to maximise participation from the widest possible range of people.

Keeping the crowd in crowdfunding

The problem with these perspectives however, is that they arguably fail to envisage the opportunity to significantly increase the amount of money flowing through crowdfunding and peer-to-peer platforms whilst retaining the radical and socially-beneficial characteristics of the industry.

To be clear, such an outcome cannot and should not be taken for granted. Vigilance will be needed so that big finance enters the industry in a spirit of genuine partnership that complements rather than overwhelms the values that make crowdfunding and peer-to-peer finance so appealing.

Above all else, mass participation must not become a soundbite objective of only secondary importance, and a level playing field must be maintained between ordinary retail investors and bigger players. These core principals must remain central to industry growth and the business decisions of crowdfunding platforms.

This may be more challenging for certain types of platform than others. For example, some peer-to-peer lending sites are auction based, raising finance via bids made by investors starting with the lowest. If a large amount of money entered this process in one go then rates of return for other small investors could be depressed. However other types of platform which offer fixed price investment opportunities do not suffer this problem.

Equally important is the transparency which defines the sector on issues of risk, fees and returns. This must be retained, and the unequal access to information and barriers to participation that characterise the public markets and favour large investors must be avoided.

But providing such issues are addressed, the entry of big finance could not only provide extra capital but even serve to boost mass participation. The fact that ‘mainstream’ investors are becoming active participants in the sector is a very public vote of confidence – a signal that alternative finance is an asset class which has become well established and provides attractive and often higher returns than the stock markets but with lower risk and volatility.

So big finance could have a role to play in moving crowdfunding into the mainstream, but the crowd must remain centre stage.